After 1422 the royal title remained unchanged for almost a century. For these many years the title was, Rex Angliae et Franciae et Dominus Hiberniae (King of England and of France and Lord of Ireland). Numerous amendments, however, were effected during Henry VIII’s reign.

Here are the different ways Henry VIII was styled throughout his reign.

After Henry wrote a book against the Protestant Martin Luther, Pope Leo X rewarded him by granting the title “Defender of the Faith”.

After disagreements with the Papacy over his marriage to Catherine of Aragon, Henry VIII broke away from the Roman Catholic Church, establishing the Church of England in 1533. Pope Paul III rescinded the grant of the title “Defender of the Faith”, but Henry continued to use it. In 1535 Henry added “of the Church of England in Earth, under Jesus Christ, Supreme Head” to his style in 1535; a reference to the Church of Ireland was added in 1536.

Meanwhile, advised that many Irish people regarded the pope as the true temporal authority in their nation, with the king of England acting as a mere representative, Henry VIII changed “Lord of Ireland” to “King of Ireland” in 1542. All changes made by Henry VIII were confirmed by an English Act of Parliament passed in 1544.

Mary I of England, Henry VIII’s Catholic daughter, omitted “of the Church of England and also of Ireland in Earth Supreme Head” in 1553, replacing it with “etc.”, but the phrase remained part of the official style until an Act of Parliament to the contrary was passed in 1555. In the meantime Mary had married the Spanish prince Felipe, son of King Carlos I of Spain (Holy Roman Emperor Karl V). 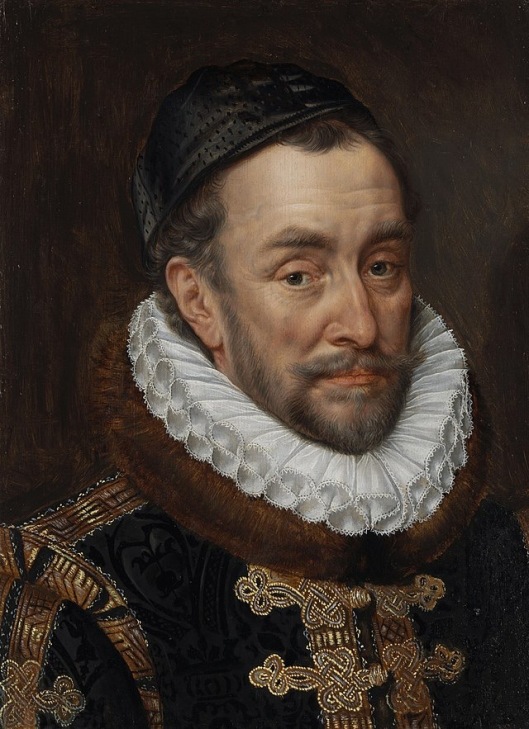 The monarchs adopted a joint style, “King and Queen of England and France, Naples, Jerusalem and Ireland, Defenders of the Faith, Princes of Spain and Sicily, Archdukes of Austria, Dukes of Milan, Burgundy and Brabant, Count and Countess of Habsburg, Flanders and Tyrol”, acknowledging both Mary’s and Felipe’s titles. Further changes were made after Felipe became King of Spain and Sicily (Felipe II) upon his father’s abdication.

England’s Parliament enacted Queen Mary’s Marriage Act to regulate the marriage. According to the Act, Felipe II was granted the title King of England and Ireland and it was stipulated that as long as their marriage lasted Felipe was considered co-sovereign along with his wife but with Mary retaining the majority of authority.

When the Protestant Elizabeth I ascended the Throne, she used the simpler “Queen of England, France and Ireland, Defender of the Faith, etc.”. The “etc.” was added in anticipation of a restoration of the supremacy phrase, which never actually occurred.

After James VI, who was already King of Scotland, ascended the English Throne, the official style changed to “King of England, Scotland, France and Ireland, Defender of the Faith, etc.”; his mother Mary I, Queen of Scots, had already laid claim to these titles (in a different order, jointly with François II of France, then with the King’s father, Lord Darnley), but she was beheaded by her Protestant opponent, Elizabeth I.

In 1604 James VI made a proclamation permitting the use of “King of Great Britain” instead of “King of England and Scotland”. This new style, though commonly used to refer to the King, was never statutory; (it was never approved by Parliament) therefore, it did not appear on legal instruments. It did, however, appear on the inscriptions on coins. England and Scotland remained separate political bodies until 1707.