In the majority monarchies a new monarch generally retains his given name upon succession. However, there are times when a monarch either changes his or her name completely or shortens the name they will be known by during their reign. For example, Emperor Friedrich III of Germany (1888), was known as Fritz to his family, and was officially known to the public as Friedrich-Wilhelm while he was Crown Prince.

In the English/British monarchy changing names has been a recent development and even then there are only a few example. Up until the time of William IV of the United Kingdom of Great Britain and Ireland, King of Hanover, I cannot find any King or Queen of England that changed their name when they wore the crown. There was one King of Scotland that did change his name. King Robert III of Scotland (1390-1406) was born with the name John. One month after his accession in April of 1390 the Scottish Parliament granted John permission to change his regnal name to Robert, to maintain the link back to Robert I the Bruce but also to disassociate himself from the unpopular and disastrous reign of King John Balliol.

When King George IV of the United Kingdom died in 1830 his brother, The Duke of Clarence, christened Prince William-Henry, wanted to call himself King Henry IX until it was pointed out to him that the Scottish Pretender, Henry Stuart, Cardinal Duke of York, also claimed to be Henry IX by himself and his supporters. Given that Henry Stuart died 30 years prior and many still remembered him the King was persuaded to be known by his first name, William. 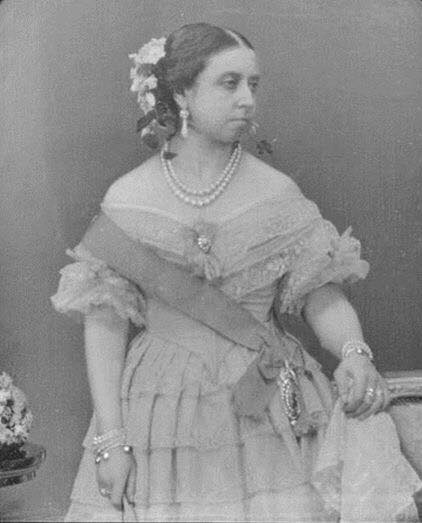 King William IV’s niece, Queen Victoria, was christened with the double name Alexandrina-Victoria and was known as Drina within the family during her youth. The day she became queen she was actually proclaimed Queen Alexandrina-Victoria of the United Kingdom of Great Britain and Ireland. However, the next day she let it be known that she simply wanted to be called Victoria.

In homage to her sainted husband, Prince Albert,*  Queen Victoria named her son, the Prince of Wales, Albert-Edward in hopes that he would become King Albert I of the United Kingdom. That did not happen and in an effort to forge his own identity he chose to reign as King Edward VII. Up until he succeeded his mother the Prince of Wales was known as Bertie within the family. Albert-Edward’s eldest son was christened Albert Victor Christian Edward and was known as Eddy within the family. Albert-Victor died of pneumonia in 1892 and never assumed the crown. Since he was known as Eddy within the family it is logical to concluded that had he lived he would have become King Edward VIII.

The next name change we find is with Queen Mary, the wife of King George V. Queen Mary was christened HSH Princess Victoria-Mary of Teck and known as May within the family, had to choose her regnal name when her husband came to the throne in 1910. As Princess of Wales she was known by her double name Victoria-Mary and since George V detested double names he told his wife to choose between which two she wanted be known by. She believed that to be called Queen Victoria was out of the question seeing that it was only 9 years ago that the great queen had passed, so the obvious choice was Queen Mary.

The son of King George V and Queen Mary, King Edward VIII, was christened Edward Albert Christian George Andrew Patrick David and although he was known as David within the family, his official public name was Edward and so when he became King Edward VIII for a short period in 1936 it cannot be considered a name change. However, his brother and next-in-line to the throne, Prince Albert The Duke of York, and known as Bertie in the family, did change his regnal name to George VI in order to show continuity with his father George V after the scandalous abdication crisis. It is understandable then, given this short tradition of name changes, to question the new Queen Elizabeth II in 1952 to ascertain what name she wanted to reign under. Without a question she chose her own name. 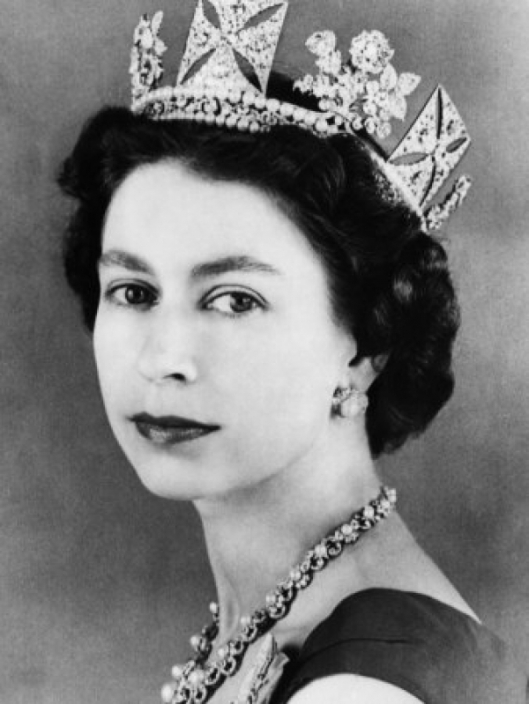 For years there have been rumors flying around that when the current Prince of Wales comes to the throne instead of being known as King Charles III he will be known as King George VII. The rumor is that King Charles I and II are unpopular and associated with bad reigns and it is well known that the Prince of Wales holds a great affection and admiration for his ancestor, King George III. First off, I do not put much faith in this rumor and I do not think King Charles II had such a bad reign or negative connotations are associated with him. However, if the Prince of Wales does choose to reign under a different name there is some precedence for it.

On this date in History: January 20th, 1936. Death of HM King George V of the United Kingdom of Great Britain and Ireland, Emperor of India. The king had reigned for 25 years.

He was the second son of Albert Edward, Prince of Wales (later King Edward VII), and the grandson of the reigning British monarch, Queen Victoria. From the time of his birth, he was third in the line of succession behind his father and his own elder brother, Prince Albert Victor, Duke of Clarence and Avondale. From 1877 to 1891, George served in the Royal Navy, until the unexpected death of his elder brother in early 1892 put him directly in line for the throne. On the death of his grandmother in 1901, George’s father became King-Emperor of the British Empire, and George was created Prince of Wales. He succeeded his father in 1910. He was the only Emperor of India to be present at his own Delhi Durbar.

His reign saw the rise of socialism, communism, fascism, Irish republicanism, and the Indian independence movement, all of which radically changed the political landscape. The Parliament Act 1911 established the supremacy of the elected British House of Commons over the unelected House of Lords. As a result of the First World War (1914–18) the empires of his first cousins Czar Nicholas II of Russia and Kaiser Wilhelm II of Germany fell while the British Empire expanded to its greatest effective extent. In 1917, George became the first monarch of the House of Windsor, which he renamed from the House of Saxe-Coburg and Gotha as a result of anti-German public sentiment. In 1924 he appointed the first Labour ministry and in 1931 the Statute of Westminster recognised the dominions of the Empire as separate, independent states within the Commonwealth of Nations. He had health problems throughout much of his later reign and at his death was succeeded by his eldest son, Edward VIII. 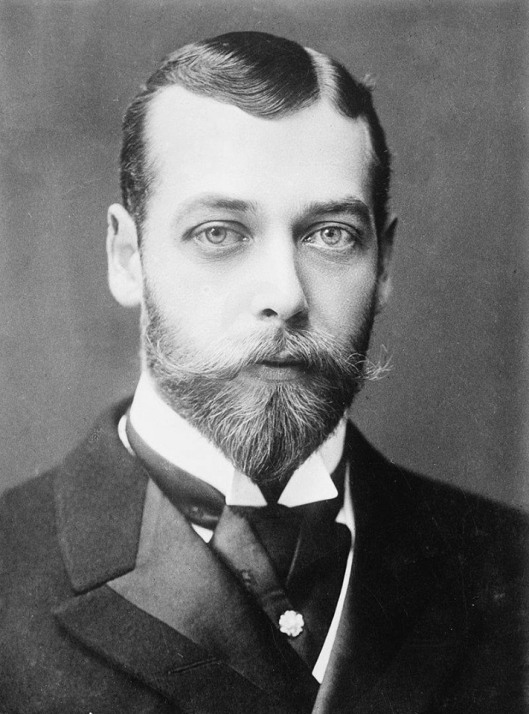 It has been reported that Lord Snowden died in his sleep aged 86. His son, with Princess Margaret, David Armstrong-Jones, Viscount Linley, becomes the 2nd Earl of Snowdon.

Here is some biographical info on him related to royal history.

In February 1960, Snowdon, then known as Antony Armstrong-Jones, became engaged to the Queen’s sister, Princess Margaret, and they married on 6 May 1960 at Westminster Abbey. The couple made their home in apartments at Kensington Palace. As he was a commoner, he was created Earl of Snowdon and Viscount Linley, of Nymans in the County of Sussex on 6 October 1961 due to concerns over the prospect of a British princess giving birth to a child without a title. The Snowdon title has centuries-old royal associations, since the name Snowdon was borne by the Welsh princes and the House of Gwynedd before 1282, though here it was granted as a nod to Armstrong-Jones’s Welsh ancestry. A Barony of Snowdon (sometimes spelled Snaudon) was a subsidiary title of King George II’s son Frederick, Prince of Wales. The subsidiary Linley title honoured Lord Snowdon’s great-grandfather Linley Sambourne as well as Nymans, the Messel family estate in West Sussex.

The marriage began to collapse early and publicly.

On 16 November 1999 Lord Snowdon was created Baron Armstrong-Jones, of Nymans in the County of West Sussex This was a life peerage given him so that he could keep his seat in the House of Lords after the hereditary peers had been excluded. An offer of a life peerage was made to all hereditary peers of the first creation (those for whom a peerage was originally created, as opposed to those who inherited a peerage from an ancestor) at that time.

The government of the day had expected Lord Snowdon to follow the example of members of the royal family and turn down his right to a life peerage. At the time, Labour MP Fraser Kemp said he was “shocked and surprised that someone who achieved their position in the House of Lords by virtue of marriage should accept a seat in the reformed Lords”.

In a few short weeks, on February 6, 2017, Her Majesty, Queen Elizabeth II of the United Kingdom of Great Britain and Northern Ireland will celebrate 65 years on the throne technically inaugurating 2017 as her Sapphire Jubilee Year. In September 2015 she surpassed her great-great-grandmother, Queen Victoria, to become the longest-reigning British monarch and the longest-reigning queen regnant and female head of state in world history. In October 2016, she became the longest currently reigning monarch and head of state following the death of King Bhumibol Adulyadej of Thailand. Her Majesty became Queen on February 6, 1952 when her father, King George VI, passed away in his sleep at the Sandringham estate.

From what I have read there will be no official celebration for her Sapphire Jubilee and I for one think this is a good idea. On April 21 of this year Her Majesty will also be 91 and although this dedicated monarch will continue to carry out her royal duties there are already signs that she will be slowing down a bit as she hands off some of her duties to other members of the Royal Family. I think this is a good idea. After a long battle with a severe cold, which can be be quite serious for the elderly, I would like to see Her Majesty slow down a bit and take care of herself. I do not want to see her abdicate and nor will she ever, I just would like to see her slow down a little.