The name of the Royal Baby: HRH Prince Louis Arthur Charles of Cambridge. 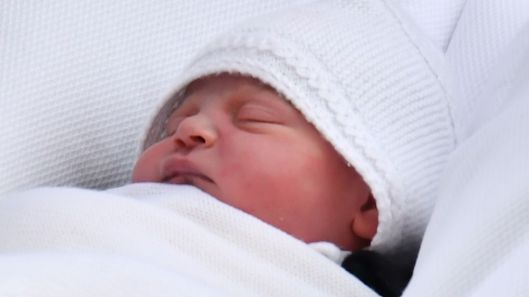 Technically I do not count Lord Louis Mountbatten (Prince Louis of Battenberg), uncle of the Duke of Edinburgh who technically belonged to the House of Mountbatten a morganatic offshoot of the German House of Hesse and By Rhine.

Prince Louis of Cambridge is fifth in line to the throne of the United Kingdom of Great Britain and Northern Ireland.