Ferdinand IV-III of Naples and Sicily, Italy, King of Sardinia-Piedmont, Kingdom of Naples, Kingdom of Sicily, Kingdom of the Two-Sicilies, War of the Sicilian Vespers (1282–1302) 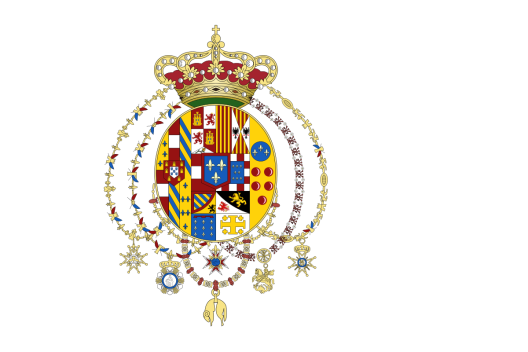 The territory of the Kingdom of Naples, corresponded to the current Italian regions of Campania, Calabria, Apulia, Basilicata, Abruzzo, Molise and also included some areas of today’s southern and eastern Lazio.

Nomenclature
The term “Kingdom of Naples” is in near universal use among historians, but it was not used officially by the government. Since the Angevins remained in power on the Italian peninsula, they kept the original name of the Kingdom of Sicily (regnum Siciliae). At the end of the War of the Vespers, the Peace of Caltabellotta (1302) provided that the name of the island kingdom would be Trinacria (regnum Trinacriae). However, this usage did not become established, and the island kingdom became known as the Kingdom of Sicily. 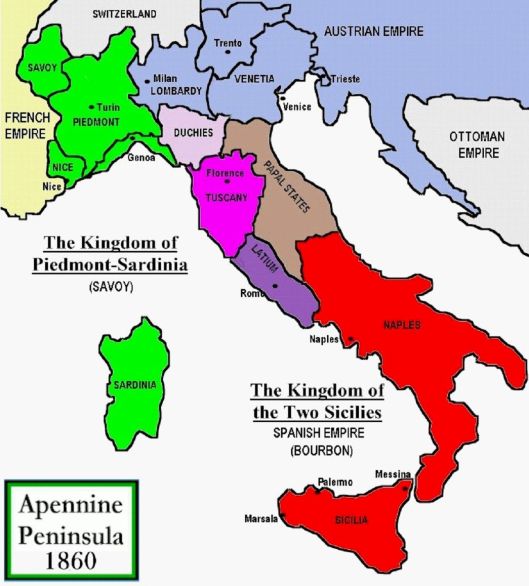 In the late Middle Ages, it was common to distinguish the two Sicilies by noting its location relative to the rest of Italy and the Punta del Faro, i.e., the Strait of Messina. The peninsular kingdom was known as Sicily citra Farum or al di qua del Faro (on this side of Faro), and the island kingdom was known as Sicily ultra Farum or di la del Faro (on the other side of Faro). When both kingdoms came under the rule of Alfonso the Magnanimous in 1442, this usage became official, although Ferdinand I (1458–94) preferred the simple title King of Sicily (rex Sicilie).

By the late Middle Ages, the Kingdom of Sicily citra Farum had become known colloquially as the Kingdom of Naples (regnum Neapolitanum or regno di Napoli). It was sometimes even called the regno di Puglia, the kingdom of Apulia. In the 18th century, the Neapolitan intellectual Giuseppe Maria Galanti argued that Apulia was the true “national” name of the kingdom. By the time of Alfonso the Magnanimous, the two kingdoms were sufficiently distinct that they were no longer seen as divisions of a single kingdom. Despite being repeatedly in personal union, they remained administratively separate. In 1816, the two kingdoms finally merged to form the Kingdom of the Two Sicilies.