Emperor Paul’s early foreign policy can largely be seen as reactions against his mother’s foreign policy. In foreign policy, this meant that he opposed the many expansionary wars she fought and instead preferred to pursue a more peaceful, diplomatic path. Immediately upon taking the throne, he recalled all troops outside Russian borders, including the struggling expedition Catherine II had sent to conquer Iran through the Caucasus and the 60,000 men she had promised to Britain and Austria to help them defeat the French.

Paul hated the French before their revolution, and afterwards, with their republican and anti-religious views, he detested them even more. In addition to this, he knew French expansion hurt Russian interests, but he recalled his mother’s troops primarily because he firmly opposed wars of expansion. He also believed that Russia needed substantial governmental and military reforms to avoid an economic collapse and a revolution, before Russia could wage war on foreign soil. 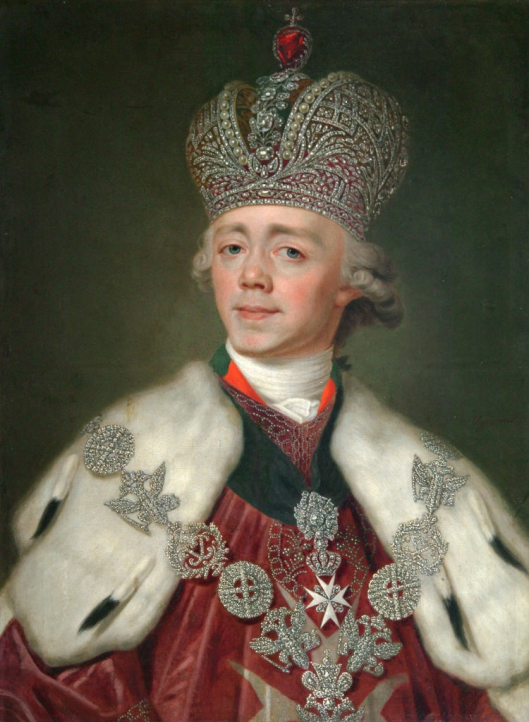 The most original aspect of Paul I’s foreign policy was his rapprochement with France. Several scholars have argued that this change in position, radical though it seemed, made sense, as Bonaparte became First Consul and made France a more conservative state, consistent with Paul’s view of the world.

Paul also decided to send a Cossack army to take British India, as Britain itself was almost impervious to direct attack, being an island nation with a formidable navy, but the British had left India largely unguarded and would have great difficulty staving off a force that came over land to attack it.

The British themselves considered this enough of a problem that they signed three treaties with Persia, in 1801, 1809 and 1812, to guard against an army attacking India through Central Asia. Paul sought to attack the British where they were weakest: through their commerce and their colonies. Throughout his reign, his policies focused reestablishing peace and the balance of power in Europe, while supporting autocracy and old monarchies, without seeking to expand Russia’s borders.

Paul’s premonitions of assassination were well founded. His attempts to force the nobility to adopt a code of chivalry alienated many of his trusted advisors. The Emperor also discovered outrageous machinations and corruption in the Russian treasury.

As he had revoked Catherine’s decree allowing corporal punishment of the free classes, and directed reforms that resulted in greater rights for the peasantry and provided for better treatment for serfs on agricultural estates, many of his policies greatly annoyed the noble class and induced his enemies to work out a plan of action.

A conspiracy was organized, some months before it was executed, by Counts Peter Ludwig von der Pahlen, Nikita Petrovich Panin, and Admiral de Ribas, with the alleged support of the British ambassador in Saint Petersburg, Charles Whitworth.

The death of de Ribas in December 1800 delayed the assassination; but, on the night of March 23, 1801, a band of dismissed officers murdered Paul at the newly completed palace of Saint Michael’s Castle. The assassins included General Bennigsen, a Hanoverian in the Russian service, and General Yashvil, a Georgian.

They charged into Paul’s bedroom, flushed with drink after dining together, and found the emperor hiding behind some drapes in the corner. The conspirators pulled him out, forced him to the table, and tried to compel him to sign his abdication. Paul offered some resistance, and Nikolay Zubov struck him with a sword, after which the assassins strangled and trampled him to death.

Paul’s successor on the Russian throne, his 23-year-old son Alexander, was actually in the palace at the time of the killing; he had “given his consent to the overthrow of Paul, but had not supposed that this would be carried out by means of assassination”. General Nikolay Zubov announced his accession to the heir, accompanied by the admonition, “Time to grow up! Go and rule!” Alexander I did not punish the assassins, and the court physician, James Wylie, declared apoplexy the official cause of death.

There is some evidence that Paul I was venerated as a saint among the Russian Orthodox populace, even though he was never officially canonized by any of the Orthodox Churches.