Since the history of one the titles of the Prince of Wales is rather short today I’ll include two for the price of one!

Baron of Renfrew is a title held by the heir apparent to the British throne. It was held by the Scottish heir apparent beginning in 1404 when it was bestowed on the future King James I of Scotland. It is closely associated with the title Duke of Rothesay. An act of the Scottish Parliament passed in 1469 confirmed the pattern of succession of attaching the Barony of Renfrew with the heir to the Scottish crown. Renfrew is a town near Glasgow, is sometimes called the “cradle of the royal Stewarts.” 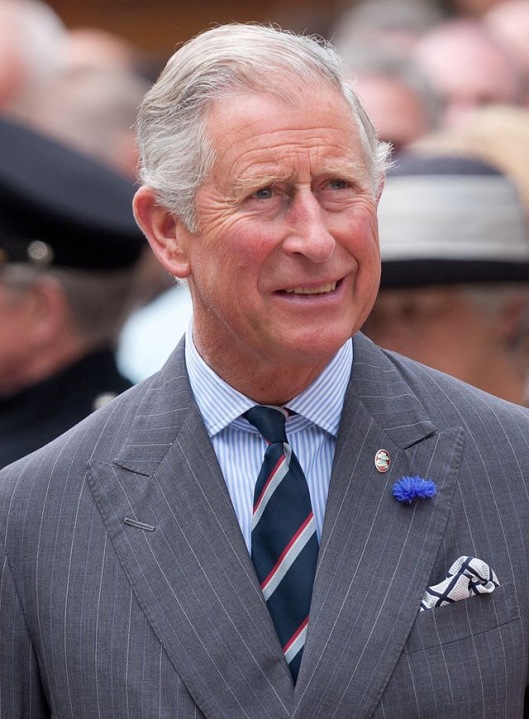 HRH The Baron of Renfrew and Earl of Carrick.

In Scotland, the title of Baron is a feudal titles, not peerages: a Scottish Lord of Parliament equates to an English or British baron. There is a debate however if the Barony of Renfrew is actually a peerage title. Some historians claim that the Act of 1469 elevated the Barony of Renfrew to the dignity of a peerage when it officially attached the Barony to the other peerage titles connected to the heir to the Scottish Crown. Other historians suggest that the barony became a peerage upon the Union of the Crowns in 1603. Finally, some scholars argue that the uncertainty surrounding the text of the 1469 Act leaves the barony as only a feudal dignity, not a peerage dignity. The title of Lord Renfrew was used by the traveling Prince of Wales, later King Edward VII and Prince Edward, Duke of Rothesay, later King Edward VIII and Duke of Windsor, when he traveled in a private capacity or when he wished to pay visits incognito.

Earl of Carrick or Mormaer of Carrick is the title applied to the ruler of Carrick (now southern Ayrshire), subsequently part of the Peerage of Scotland. The position came to be strongly associated with the Scottish crown when Robert the Bruce, who had inherited it from his maternal kin, became King of the Scotland in the early 14th century. Since the 15th century the title of Earl of Carrick has automatically been held by the heir apparent to the throne, meaning Prince Charles is the current Earl.

The earldom emerged in 1186, out of the old Lordship of Galloway, which had previously encompassed all of what is now known as Galloway as well as the southern part of Ayrshire. Though the Lords of Galloway recognised the King of Scotland as their overlord, their lordship was effectively a separate kingdom, and had its own laws.

The first Lord of Carrick recorded is Fergus, who died in 1161 leaving two sons: Uchtred and Gille Brigte (Gilbert). As was the custom then, the two brothers shared the lordship and the lands between them. In 1174, they joined with King William I the Lion of Scotland in his invasion of Northumberland. During the invasion King William was taken prisoner by the English, the Galwegians broke into rebellion. Uchtred remained loyal to the Scottish king, while Gille Brigte took control of the entirety of Galloway. Uchtred was savagely murdered by Gille Brigte and his son Máel Coluim. In 1175, King William was restored to liberty, and he marched an army into Galloway to bring justice upon Gille Brigte. However, he seems to have contented himself with exacting a fine, leaving Gille Brigte to go unharmed.

In 1176, Gille Brigte obtained an agreement with King Henry II of England, in which he became his vassal; in exchange, he paid the English king the then enormous sum of £919 and gave his son Duncan (Donnchadh) as a hostage. Gille Brigte then spent the next decade carrying out devastating raids on King William’s territory, with the protection of the English.

Gille Brigte’s death in 1185 created general turmoil amongst the Galwegians. Roland, son of the murdered Uchtred, defeated the supporters of Gille Brigte in 1185, and planted forts across Galloway to secure his authority. This angered King Henry II and he marched a large force to Carlisle in preparation for invasion. However, war was averted at a meeting between Roland, William I of Scotland and Henry II of England, where it was agreed that Roland would rule the main part of Galloway, while Gille Brigte’s son Duncan would rule the northern section, known as Carrick. Duncan agreed to these terms, and renounced all claims to the Lordship of Galloway, becoming the first Earl of Carrick.

Duncan married Avelina, daughter of Alan, High Steward of Scotland. His son or grandson Niall’s eldest daughter Marjorie succeeded him, becoming Countess of Carrick in her own right. She married firstly Adam de Kilconquhar. In 1269, Adam journeyed to the Holy Land under the banners of King Louis IX of France, as part of the Eighth Crusade. He never returned, dying of disease at Acre in 1270. The next year, the widowed Countess happened to meet Robert de Brus hunting in her lands. According to legend, Marjorie imprisoned Robert until he agreed to marry her. They were married at Turnberry Castle, without their families’ knowledge or the requisite consent of the King. When news got out, Alexander III seized her castles and estates, but she later atoned for her foolishness with a fine, and Robert was recognised as her husband and Earl of Carrick jure uxoris.; They had five sons and five daughters: Robert, Edward, Thomas, Alexander, Nigel, Isabel, Mary, Christina, Matilda and Margaret.

Marjorie and Robert were succeeded by their eldest son. When the old House of Dunkeld became extinct, this Robert, known as “the Bruce”, became a principal candidate for the throne as the great-great-great-great grandson of David I. He was crowned at Scone in 1306, causing his titles (Earl of Carrick, Lord of Annandale and Baron Bruce in the Peerage of England) to merge into the Crown. It would take more creations of the title before it became associated with the heir to the Scottish throne.

Around 1313, King Robert created his younger brother Edward, the Earl of Carrick. Edward had no issue, save a natural son, Alexander, he had by Lady Isabella Strathbogie, daughter of John, Earl of Atholl. The title therefore became extinct on his death at the Battle of Faughart in 1318.

After briefly being held by Robert’s son David prior to his accession to the throne, the title was granted in 1332 to Alexander, Edward’s bastard. However, Alexander was killed the next year at the Battle of Halidon Hill and the title once again became extinct.

In 1368, King David created his great-nephew John Stewart the Earl of Carrick. David died unexpectedly in 1371. He had no children, meaning he was succeeded by his nephew Robert Stewart, John’s father. After Robert’s death in 1390, John succeeded him, taking the regnal name Robert III; thus the Earldom of Carrick again merged with the Crown.

The title was next held by Robert III’s son David, who was also created Duke of Rothesay and Earl of Atholl. David died childless in 1402, and the Earldom was regranted to his brother James; however he was generally known by the higher title Prince or Steward of Scotland. James acceded to the throne in 1406, and his titles merged with the Crown.

In 1469, the Scottish Parliament passed an Act declaring that the eldest son of the King and heir to the throne would automatically hold the Earldom of Carrick along with the Dukedom of Rothesay. After the Union of the Crowns of Scotland and England, the Dukedom and Earldom have been held by the eldest son and heir apparent of the kings and queens of Great Britain. Thus Prince Charles is the current Duke of Rothesay and Earl of Carrick.

In 1628, King Charles I created John Stewart the Earl of Carrick. He had already been made Lord Kincleven in 1607, also in the Peerage of Scotland. Stewart was a younger son of Robert, Earl of Orkney, bastard son of King James V; thus he was Charles’s half-great-uncle. This title was deemed not to conflict with the Earldom of Carrick held by the heir to the throne, as it referred not to the province in Ayrshire, but to the lands of Carrick on Eday in Orkney. John married Lady Elizabeth Southwell, daughter of Charles Howard, Earl of Nottingham and widow of Sir Robert Southwell. By her he had one daughter, Margaret. He is also known to have had two natural children: a son, named Henry, and a daughter, whose name is unknown. As he had no legitimate son, his titles became extinct on his death around 1645.