Together in a hostile environment, John Conroy’s relationship with the Duchess was very close, with him serving as her comptroller and private secretary for the next nineteen years, as well as holding the unofficial roles of public relations officer, counsellor, confidant and political agent.

While it is not clear which of the two was more responsible for devising the Kensington System, it was created to govern young Victoria’s upbringing. The goal they both had was for the Duchess to be appointed regent upon Victoria’s ascension which they assumed would take place prior to her turning eighteen. Once established as recent the Duchess would have Conroy created Victoria’s private secretary and given a peerage. This would established Conroy as the true power behind the throne. 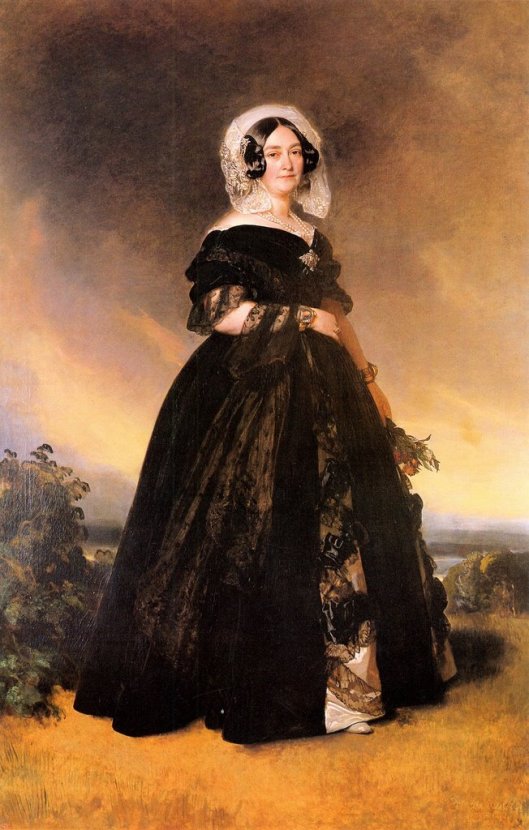 The Duchess and Conroy continued to be unpopular with the royal family and, in 1829, the Duke of Cumberland spread rumours that they were lovers in an attempt to discredit them. The Duke of Clarence referred to Conroy as “King John”, while the Duchess of Clarence wrote to the Duchess of Kent to advise that she was increasingly isolating herself from the royal family and that she must not grant Conroy too much power.

Victoria was raised under the “Kensington System” and the extremely protective Duchess of Kent kept her daughter largely isolated from other children. The system prevented the princess from meeting people whom her mother and Conroy deemed undesirable (including most of Britain’s Royal Family), and was designed to keep her weak and dependent upon them.

The Duchess avoided the court because she was scandalised by the presence of King William IV’s illegitimate children, and perhaps prompted the emergence of Victorian morality by insisting that her daughter avoid any appearance of sexual impropriety. Victoria shared a bedroom with her mother every night, studied with private tutors to a regular timetable, and spent her play-hours with her dolls and her King Charles Spaniel, Dash.

Due to Conroy’s continual influence, the relationship between the Duchess’s household and King William IV increasingly soured, with the Duchess regarding the King as an oversexed oaf. As far as she dared, the Duchess denied the King access to his niece. She prevented her daughter from attending William’s coronation out of a disagreement of precedence, a decision attributed by the Duke of Wellington to Conroy.

In 1831, the year of William’s coronation, Conroy and the Duchess embarked on a series of royal tours with Victoria to expose her to the people and solidify their status as potential joint regents. Their efforts were ultimately successful and, in November 1831, it was declared that the Duchess would be sole regent in the event of Victoria’s youthful accession to the crown.The Duchess further offended the King by taking rooms in Kensington Palace without the King’s permission. These were rooms that the King had reserved for himself.

Both before and during William’s reign, she snubbed his illegitimate children, the FitzClarences. Both the King and his wife Queen Adelaide were fond of their niece, Princess Victoria of Kent. Their attempts to forge a close relationship with the girl were frustrated by the conflict between the King and the Duchess of Kent.

The King, angered at what he took to be disrespect from the Duchess to his wife, took the opportunity at what proved to be his final birthday banquet in August 1836 to settle the score. Speaking to those assembled at the banquet, who included the Duchess and Princess Victoria, William expressed his hope that he would survive until Princess Victoria was 18 so that the Duchess of Kent would never be regent.

He said,”I trust to God that my life may be spared for nine months longer … I should then have the satisfaction of leaving the exercise of the Royal authority to the personal authority of that young lady, heiress presumptive to the Crown, and not in the hands of a person now near me, who is surrounded by evil advisers and is herself incompetent to act with propriety in the situation in which she would be placed.”

The breach between the Duchess and the King and Queen was never fully healed, but Victoria always viewed both of them with kindness.