Formation of the Angevin Empire

The Counts of Anjou had been vying for power in northwestern France since the 10th century. The counts were recurrent enemies of the dukes of Normandy and of Brittany and often the French king. Fulk IV, Count of Anjou, claimed rule over Touraine, Maine and Nantes; however, of these only Touraine proved to be effectively ruled, as the construction of the castles of Chinon, Loches and Loudun exemplify.

Fulk IV married his son and namesake, called “Fulk the Younger” (who would later become King of Jerusalem), to Ermengarde, heiress of the province of Maine, thus unifying it with Anjou through personal union. While the dynasty of the Angevins was successfully consolidating their power in France, their rivals, the Normans, had conquered England in the 11th century. Meanwhile, in the rest of France, the Poitevin Ramnulfids had become Dukes of Aquitaine and of Gascony, and the Count of Blois, Stephen, the father of the next king of England, Stephen, became the Count of Champagne. France was being split between only a few noble families.

The Anarchy and the question of the Norman succession

In 1106, Henry I of England had defeated his brother Robert Curthose and angered Robert’s son, William Clito, who was Count of Flanders from 1127. Henry used his paternal inheritance to take the Duchy of Normandy and the Kingdom of England and then tried to establish an alliance with Anjou by marrying his only legitimate son, William, to Fulk the Younger’s daughter, Matilda. However, William Adelin died in the White Ship disaster in 1120. This lead to a period of time known as The Anarchy.

The Anarchy was a civil war in England and Normandy between 1135 and 1153, which resulted in a widespread breakdown in law and order. The conflict was a succession crisis precipitated by the accidental death by drowning of William Adelin, the only legitimate son of Henry I, in the sinking of the White Ship in 1120.

Henry I’s attempts to install his daughter, the Empress Matilda, as his successor were unsuccessful and on Henry’s death in 1135, his nephew Stephen of Blois seized the throne with the help of Stephen’s brother, Henry of Blois, the Bishop of Winchester. Stephen’s early reign was marked by fierce fighting with English barons, rebellious Welsh leaders and Scottish invaders. Following a major rebellion in the south-west of England, Matilda invaded in 1139 with the help of her half-brother Robert of Gloucester.

Neither side was able to achieve a decisive advantage during the first years of the war; the Empress came to control the south-west of England and much of the Thames Valley, while Stephen remained in control of the south-east.

The war dragged on for many more years. Empress Matilda’s husband, Geoffrey V of Anjou, conquered Normandy, but in England neither side could achieve victory. Rebel barons began to acquire ever greater power in northern England and in East Anglia, with widespread devastation in the regions of major fighting. In 1148 the Empress returned to Normandy, leaving the campaigning in England to her young son Henry FitzEmpress. In 1152 Stephen and Matilda of Boulogne, queen consort and Stephen’s wife, unsuccessfully attempted to have their eldest son, Eustace, recognised by the Catholic Church as the next king of England. By the early 1150s the barons and the Church mostly wanted a long-term peace.

When Henry FitzEmpress re-invaded England in 1153, neither faction’s forces were keen to fight. After limited campaigning and the siege of Wallingford, Stephen and Henry agreed a negotiated peace, the Treaty of Wallingford, in which Stephen recognised Henry as his heir.

Chroniclers described the period as one in which “Christ and his saints were asleep” while the term “the Anarchy” was coined by Victorian historians because of the widespread chaos, although modern historians have questioned the accuracy of the term and of some contemporary accounts.

Upon Stephen’s death on October 25, 1154, Henry FitzEmpress became King Henry II of England, the first Angevin king of England, beginning a long period of reconstruction. Subsequently, the question was again raised of Henry’s oath to cede Anjou to his brother Geoffrey. Henry received a dispensation from Pope Adrian IV under the pretext the oath had been forced upon him, and he proposed compensations to Geoffrey at Rouen in 1156. Geoffrey refused and returned to Anjou to rebel against his brother. Geoffrey may have had a strong claim, but his position was weak. Louis VII would not interfere since Henry paid homage to him for his continental possessions. Henry crushed Geoffrey’s revolt, and Geoffrey had to be satisfied with an annual pension. The Angevin Empire had now been formed.

Henry I (c. 1068 – December 1, 1135), also known as Henry Beauclerc, was King of England from 1100 to his death in 1135. He was the fourth son of William the Conqueror and was educated in Latin and the liberal arts. On William’s death in 1087, Henry’s elder brothers Robert Curthose and William Rufus inherited Normandy and England, respectively, but Henry was left landless. He purchased the County of Cotentin in western Normandy from Robert, but his brothers deposed him in 1091. He gradually rebuilt his power base in the Cotentin and allied himself with William against Robert.

Present at the place where his brother King William II died in a hunting accident in 1100, Henry seized the English throne, promising at his coronation to correct many of William’s less popular policies.

Upon the accession of Henry I in 1100, the English King quickly proposed marriage to Matilda, who possessed the Anglo-Saxon royal blood, which the Norman dynasty largely lacked. Furthermore, her brother offered the prospect of better relations between the two countries. However, there was a difficulty about the marriage: a special church council was called to be satisfied that Matilda hadn’t taken vows as a nun, but her firm testimony managed to convince them that she had not.

Matilda was originally been named Edith, an Anglo-Saxon name, and was a member of the West Saxon royal family and daughter of the King Malcolm III of Scotland and Saint Margaret of Wessex. Her mother, Margaret, was the daughter of the English prince Edward the Exile, and his wife, Agatha (before 1030 – after 1070). Agatha’s antecedents are unclear and the subject of much speculation.

Margaret was sometimes called “The Pearl of Scotland”. Born in exile in the Kingdom of Hungary, Margaret was the sister of Edgar Ætheling, the uncrowned Anglo-Saxon claimant on the throne of England after the death of Harold II. Margaret was also and granddaughter of Edmund Ironside, King of England, and a descendant of Alfred the Great.

Matilda was sent to be educated in a convent in southern England, where her aunt Cristina was abbess. According to Wilton Abbey’s traditions in the 1140s, her aunt ordered her to take the veil in order to protect her from the lust of William II of England, which angered her father because of the effect it might have on her prospects of marriage. In 1093, Matilda was engaged to an English nobleman until her father and her brother Edward were killed in a minor raid. A messy succession conflict in Scotland followed between her uncle Donald III, her half-brother Duncan II and her brother Edgar until 1097, when the latter assumed the throne.

Matilda had been educated in a sequence of convents, however, and may well have taken the vows to formally become a nun, which formed an obstacle to the marriage progressing. She did not wish to be a nun and appealed to Anselm for permission to marry Henry, and the Archbishop established a council at Lambeth Palace to judge the issue. Despite some dissenting voices, the council concluded that although Matilda had lived in a convent, she had not actually become a nun and was therefore free to marry, a judgement that Anselm then affirmed, allowing the marriage to proceed.

On November 11, 1100 Henry married Matilda of Scotland. Henry was now around 31 years old, but late marriages for noblemen were not unusual in the 11th century. The pair had probably first met earlier the previous decade, possibly being introduced through Bishop Osmund of Salisbury. Historian Warren Hollister argues that Henry and Matilda were emotionally close, but their union was also certainly politically motivated. For Henry, marrying Matilda gave his reign increased legitimacy, and for Matilda, an ambitious woman, it was an opportunity for high status and power in England.

Matilda proved an effective queen for Henry, acting as a regent in England on occasion, addressing and presiding over councils, and extensively supporting the arts. The couple soon had two children, Matilda, born in 1102, and William Adelin, born in 1103; it is possible that they also had a second son, Richard, who died young. Following the birth of these children, Matilda preferred to remain based in Westminster while Henry travelled across England and Normandy, either for religious reasons or because she enjoyed being involved in the machinery of royal governance.

Henry had a considerable sexual appetite and enjoyed a substantial number of sexual partners, resulting in many illegitimate children, at least nine sons and 13 daughters, many of whom he appears to have recognised and supported. It was normal for unmarried Anglo-Norman noblemen to have sexual relations with prostitutes and local women, and kings were also expected to have mistresses.

Some of these relationships occurred before Henry was married, but many others took place after his marriage to Matilda. Henry had a wide range of mistresses from a range of backgrounds, and the relationships appear to have been conducted relatively openly. He may have chosen some of his noble mistresses for political purposes, but the evidence to support this theory is limited. 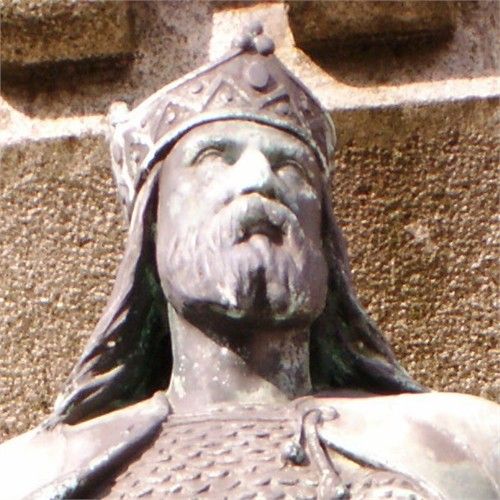