Manuel began the Portuguese colonization of the Americas and Portuguese India, and oversaw the establishment of a vast trade empire across Africa and Asia. He was also the first monarch to bear the title: By the Grace of God, King of Portugal and the Algarves, and the Sea from Both Sides of Africa, Lord of Guinea and the Conquest, Navigation and Commerce in Ethiopia, Arabia, Persia and India.

Manuel was a very religious man and invested a large amount of Portuguese income to send missionaries to the new colonies, among them Francisco Álvares, and sponsor the construction of religious buildings, such as the Monastery of Jerónimos. Manuel also endeavoured to promote another crusade against the Turks.

His relationship with the Portuguese Jews started out well. At the outset of his reign, he released all the Jews who had been made captive during the reign of João II. Unfortunately for the Jews, he decided that he wanted to marry Infanta Isabella of Aragon, then heiress of the future united crown of Spain (and widow of his nephew Prince Afonso).

Infanta Isabella’s parents were Fernando II of Aragon and Isabella of Cashad and they had expelled the Jews in 1492 and refused to marry their daughter to the king of a country that still tolerated their presence. In the marriage contract, Manuel I agreed to persecute the Jews of Portugal.

On December 5, 1496, it was decreed that all Jews either convert to Christianity or leave the country without their children. However, those expelled could only leave the country in ships specified by the king. When those who chose expulsion arrived at the port in Lisbon, they were met by clerics and soldiers who tried to use coercion and promises in order to baptize them and prevent them from leaving the country.

This period of time technically ended the presence of Jews in Portugal. Afterwards, all converted Jews and their descendants would be referred to as “New Christians”, and they were given a grace period of thirty years in which no inquiries into their faith would be allowed; this was later extended to end in 1534.

During the course of the Lisbon massacre of 1506, people invaded the Jewish Quarter and murdered thousands of accused Jews; the leaders of the riot were executed by Manuel.

The Lisbon massacre (alternatively known as the Lisbon pogrom or the 1506 Easter Slaughter) took place in April, 1506, in Lisbon in the Kingdom of Portugal. A crowd of Catholics, and foreign sailors who were anchored in the Tagus, persecuted, tortured, killed, and burnt at the stake hundreds of people who were accused of being Jews, and consequently deemed guilty of deicide and heresy.

Ironically Manuel I was awarded the Golden Rose by Pope Julius II in 1506 and by Pope Leo X in 1514. Manuel I became the first individual to receive more than one Golden Rose after Emperor Sigismund von Luxembourg.

The Golden Rose is a gold ornament, which popes of the Catholic Church have traditionally blessed annually. It is occasionally conferred as a token of reverence or affection. Recipients have included churches and sanctuaries, royalty, military figures, and governments.

Battle of Bosworth Field, Claim to the English throne, Earl of Richmond, Elizabeth of York, House of Tudor, Isabella I of Castile, John II of Portugal, King Edward IV of England, King Henry VII of England, Richard III of England, Wars of the Roses

Today is the Anniversary of the death of King Henry VII of England, Lord of Ireland. Today I am examining Henry’s claims to the English throne.

Henry attained the throne when his forces defeated King Richard III at the Battle of Bosworth Field, the culmination of the Wars of the Roses. He was the last king of England to win his throne on the field of battle. He cemented his claim by marrying Elizabeth of York, daughter of Richard’s brother Edward IV.

Henry’s main claim to the English throne derived from his mother through the House of Beaufort. Henry’s mother, Lady Margaret Beaufort, was a great-granddaughter of John of Gaunt, the Duke of Lancaster and fourth son of Edward III, and his third wife Katherine Swynford. Katherine was Gaunt’s mistress for about 25 years. When they married in 1396 they already had four children, including Henry’s great-grandfather John Beaufort. Thus, Henry’s claim was somewhat tenuous; it was from a woman, and by illegitimate descent.

In theory, the Portuguese and Castilian royal families had a better claim as descendants of Catherine of Lancaster, the daughter of John of Gaunt and his second wife Constance of Castile.

Incidentally, and Ironically, her daughter, Catherine of Aragon had a better hereditary claim to the English throne than her husband, King Henry VIII!

John of Gaunt’s nephew King Richard II legitimised Gaunt’s children by Katherine Swynford by Letters Patent in 1397. In 1407, Henry IV, John of Gaunt’s son by his first wife, issued new Letters Patent confirming the legitimacy of his half-siblings, but also declaring them ineligible for the throne. Henry IV’s action was of doubtful legality, as the Beauforts were previously legitimised by an Act of Parliament, but it further weakened Henry’s claim.

Nonetheless, by 1483 Henry was the senior male Lancastrian claimant remaining after the deaths in battle, by murder or execution of Henry VI, his son Edward of Westminster, Prince of Wales, and the other Beaufort line of descent through Lady Margaret’s uncle, the 2nd Duke of Somerset.

Also by 1483, Henry’s mother was actively promoting him as an alternative to Richard III, despite her being married to Lord Stanley, a Yorkist. At Rennes Cathedral on Christmas Day 1483, Henry pledged to marry Elizabeth of York, the eldest daughter of Edward IV, who was also Edward’s heir since the presumed death of her brothers, the Princes in the Tower, King Edward V and his brother Richard of Shrewsbury, Duke of York.

Henry devised a plan to seize the throne by engaging Richard quickly because Richard had reinforcements in Nottingham and Leicester. Though outnumbered, Henry’s Lancastrian forces decisively defeated Richard’s Yorkist army at the Battle of Bosworth Field on August 22, 1485. Several of Richard’s key allies, such as the Earl of Northumberland and William and Thomas Stanley, crucially switched sides or left the battlefield. Richard III’s death at Bosworth Field effectively ended the Wars of the Roses.

To secure his hold on the throne, Henry declared himself king by right of conquest retroactively from August 21, 1485, the day before Bosworth Field. Thus, anyone who had fought for Richard against him would be guilty of treason and Henry could legally confiscate the lands and property of Richard III, while restoring his own. 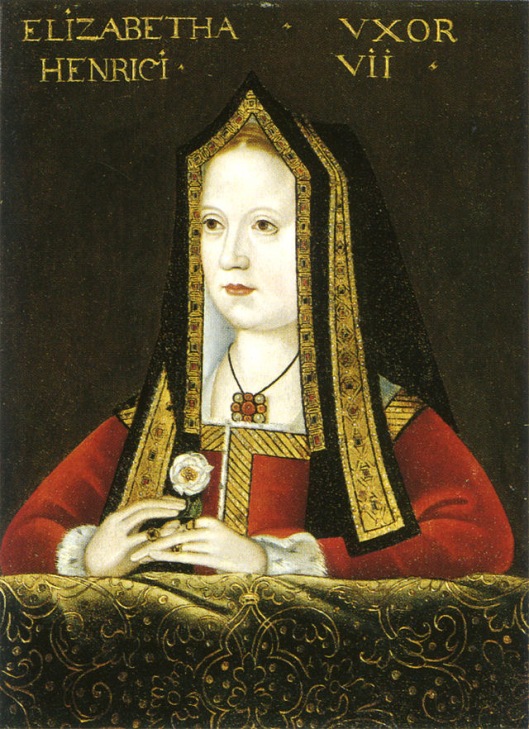 Henry spared Richard’s nephew and designated heir, John de la Pole, 1st Earl of Lincoln, and made Margaret Plantagenet, a Yorkist heiress, Countess of Salisbury suo jure. He took care not to address the baronage or summon Parliament until after his coronation, which took place in Westminster Abbey on October 30, 1485. After his coronation Henry issued an edict that any gentleman who swore fealty to him would, notwithstanding any previous attainder, be secure in his property and person.

Henry honoured his pledge of December 1483 to marry Elizabeth of York. They were third cousins, as both were great-great-grandchildren of John of Gaunt. Henry and Elizabeth were married on January 18, 1486 at Westminster Abbey. The marriage unified the warring houses and gave his children a strong claim to the throne. The unification of the houses of York and Lancaster by this marriage is symbolised by the heraldic emblem of the Tudor rose, a combination of the white rose of York and the red rose of Lancaster.