Philippe II Auguste (August 21, 1165 – July 14, 1223), was King of France from 1180 to 1223. His predecessors had been known as King of the Franks, but from 1190 onward, Philippe II became the first French monarch to style himself “King of France”. The son of King Louis VII and his third wife, Adela of Champagne, he was originally nicknamed Dieudonné (God-given) because he was a first son and born late in his father’s life. Philippe II was given the epithet “Augustus” (French: Auguste) by the chronicler Rigord for having extended the crown lands of France so remarkably.

After a twelve-year struggle with the Plantagenet dynasty in the Anglo-French War of 1213–1214, Philippe II succeeded in breaking up the large Angevin Empire presided over by the crown of England and defeated a coalition of his rivals (German, Flemish and English) at the Battle of Bouvines in 1214.

This victory would have a lasting impact on western European politics: the authority of the French king became unchallenged, while the English King John was forced by his barons to assent to Magna Carta and deal with a rebellion against him aided by Philippe’s son Prince Louis, the First Barons’ War. The military actions surrounding the Albigensian Crusade helped prepare the expansion of France southward.

Philippe did not participate directly in these actions, but he allowed his vassals and knights to help carry them out.
Philippe transformed France from a small feudal state into the most prosperous and powerful country in Europe. He checked the power of the nobles and helped the towns free themselves from seigneurial authority, granting privileges and liberties to the emergent bourgeoisie. He built a great wall around Paris (“the Wall of Philippe II Augustus”), re-organized the French government and brought financial stability to his country.

King Philippe II was married on April 28, 1180 to Isabelle of Hainaut, the daughter of Baldwin V, Count of Hainaut, and Margaret I, Countess of Flanders, who brought the County of Artois as her dowry.

After the early death of Isabella of Hainaut in childbirth in 1190, Philippe II decided to marry again. On August 15, 1193, he married Ingeborg, daughter of King Waldemar I of Denmark. She was renamed Isambour, and Stephen of Tournai described her as “very kind, young of age but old of wisdom.” Philippe, however, discovered on their wedding night that she had terribly bad breath, and he refused to allow her to be crowned queen.

Ingeborg protested at this treatment; his response was to confine her to a convent. He then asked Pope Celestine III for an annulment on the grounds of non-consummation. Philippe had not reckoned with Isambour, however; she insisted that the marriage had been consummated, and that she was his wife and the rightful queen of France. The Franco-Danish churchman Guillaume of Paris intervened on the side of Ingeborg, drawing up a genealogy of the Danish kings to disprove the alleged impediment of consanguinity.

In the meantime, Philippe II had sought a new bride. Initial agreement had been reached for him to marry Margaret of Geneva, daughter of William I, Count of Geneva, but the young bride’s journey to Paris was interrupted by Thomas, Count of Savoy, who kidnapped Philippe intended new queen and married her instead, claiming that Philip was already bound in marriage.

Philippe II finally achieved a third marriage in June 1196, when he was married to Agnes of Merania from Dalmatia. Their children were Marie and Philippe, Count of Clermont, and, by marriage, Count of Boulogne.

Pope Innocent III declared Philippe II Auguste marriage to Agnes of Merania null and void, as he was still married to Ingeborg. He ordered the king to part from Agnes, and when he did not, the pope placed France under an interdict in 1199. This continued until September 7, 1200. Due to pressure from the pope and from Ingeborg’s brother King Waldemar II of Denmark, Philippe II finally took Isambour back as his wife in 1201, but it would not be until 1213 that she would be recognized at court as queen.

Philippe II fell ill in September 1222 and had a will made, but carried on with his itinerary. Hot weather the next summer worsened his fever, but a brief remission prompted him to travel to Paris on July 13, 1223, against the advice of his physician. He died en route the next day, in Mantes-la-Jolie, at the age of 58. His body was carried to Paris on a bier. He was interred in the Basilica of St Denis in the presence of his son and successor by Isabella of Hainaut, Louis VIII, as well as his illegitimate son Philippe I, Count of Boulogne and John of Brienne, the King of Jerusalem.

* 1793 – After being found guilty of treason by the French National Convention, Louis XVI of France is executed by guillotine.

Louis XVI (August 23, 1754 – January 21, 1793), born Louis-Auguste, was the last king of France and Navarre before the fall of the monarchy during the French Revolution.

Louis-Auguste de France, who was given the title Duc de Berry at birth, was born in the Palace of Versailles. One of seven children, he was the second surviving son of Louis, the Dauphin of France, and the grandson of Louis XV of France and Navarre and of his consort, Maria Leszczyńska. His mother was Marie-Josèphe of Saxony, the daughter of Prince-Elector Friedrich August II of Saxony, (also King Augustus III of Poland) and Maria Josepha of Austria. 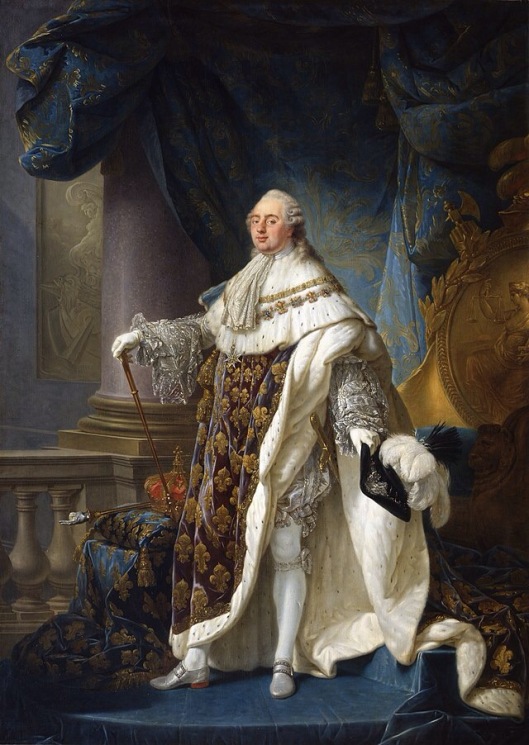 In 1765, at the death of his father, Louis, Dauphin of France son and heir apparent of Louis XV, Louis-Auguste became the new dauphin of France. Upon his grandfather’s death on May 10, 1774, he assumed the title “king of France and Navarre”, which he used until September 4, 1791, when he received the title of “king of the French” until the monarchy was abolished on September 21, 1792.

On May 16, 1770, at the age of fifteen, Louis-Auguste married the fourteen-year-old Habsburg Archduchess Maria Antonia of Austria (better known by the French form of her name, Marie Antoinette), his second cousin once removed and the youngest daughter of the Holy Roman Emperor Franz I of Lorraine and his wife, the Empress Maria Theresa of Austria.

In a context of civil and international war, Louis XVI was suspended and arrested at the time of the Insurrection of 10 August 1792; one month later, the absolute monarchy was abolished; the First French Republic was proclaimed on September 21, 1792. He was tried by the National Convention (self-instituted as a tribunal for the occasion), found guilty of high treason, but before the trial started and Louis mounted his defense to the Convention, he told his lawyers that he knew he would be found guilty and be killed, but to prepare and act as though they could win. He was resigned to and accepted his fate before the verdict was determined, but he was willing to fight to be remembered as a good king for his people. 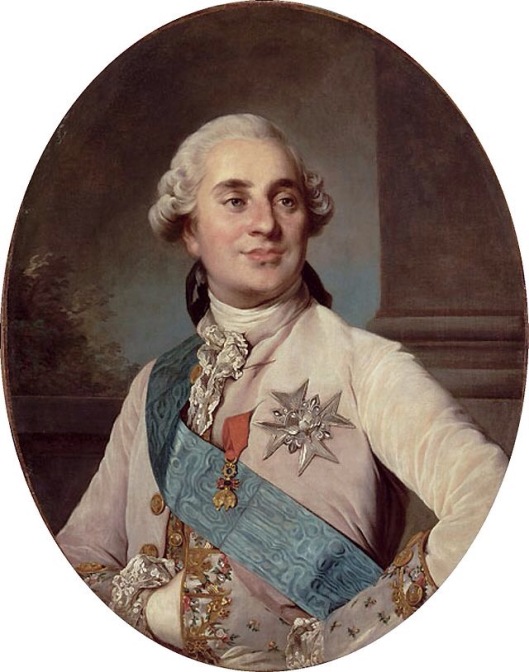 Louis XVI was executed by guillotine on 21 January 1793, as a desacralized French citizen under the name of “Citizen Louis Capet,” in reference to Hugh Capet, the founder of the Capetian dynasty – which the revolutionaries interpreted as Louis’ surname. Louis XVI was the only King of France ever to be executed, and his death brought an end to more than a thousand years of continuous French monarchy. Both of his sons died in childhood, before the Bourbon Restoration; his only child to reach adulthood, Marie Therese, was given over to the Austrians in exchange for French prisoners of war, eventually dying childless in 1851.

The succession to the French throne has a fascinating history. While all the thrones to each European monarchies are governed by laws and statutes, the laws governing the French monarchy are complex and have lead to their interpretation that borderlines religious fundamentalism. Because of these rules and the unstable, at times, nature of hereditary succession this lead to dynastic disputes. In this series I will examine these disputes in depth.

French dynastic disputes refer to a set of disputes in the history of France regarding the person who should inherit the crown.
Four such disputes had been identified:

* The Hundred Years War, which originated from a dynastic dispute (English claims to the French throne),
* Henri IV of France’s succession, particularly the period between 1589-1594, marked by the refusal to set the Protestant Henry of Navarre to the throne,
* Competition raging since 1830 between the Bourbons and the Orleans,
* Action Bonapartist.
At the moment, there are three main groups who claim the crown:
* The Bourbons
* The Orleans
* The Bonapartes, although Prince Charles Napoleon, “Head of the Imperial House of France” does not claim the restoration of the Empire, some groups are considering this and support the Bonapartist party, sometimes for him, sometimes for his eldest son, Prince Jean-Christophe Napoleon.

The Fundamental Laws of the Kingdom of France
To better understand three of the four dynastic disputes regarding the succession to the French throne, it is necessary to have an understanding of the ancient constitution of the Capetian monarchy. The fundamental laws of the Kingdom of France referred to certain fixed rules that the French public law has placed above the sovereign will. They were the unwritten laws which were invoked during the ages when serious difficulties arose: in them can be seen the foundation of the monarchy. Their origin coincides with the development of the House of Hugh Capet; they are related to that house, they existed as long as it reigned, and when the old French monarchy disappeared, they disappeared with it.

Crown of King Louis XV of France and Navarre.