Prince Henri de Bourbon was born in Pau, the capital of the joint Kingdom of Navarre with the sovereign principality of Béarn. His parents were Queen Jeanne III of Navarre (1528-1572) and her consort, Prince Antoine de Bourbon, Duke of Vendôme (1518-1562). Although baptised as a Catholic, Henri was raised as a Protestant by his mother, who had declared Calvinism the religion of Navarre. 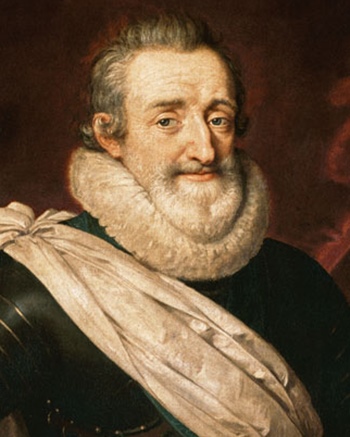 Henri’s father, Antoine de Bourbon, Duke of Vendôme did not appear to have any real religious conviction and officially changed religions several times. Antoine’s reconversion to Catholicism separated him from his wife and he threatened to repudiate her. He had an affair with Louise de La Béraudière de l’Isle Rouhet, “la belle Rouet,” with whom he had a son, Charles III de Bourbon (1554–1610) who became archbishop of Rouen.

On June 4, 1572, two months before the wedding was due to take place, Queen Jeanne III returned home from one of her shopping excursions feeling ill. The next morning she woke up with a fever and complained of an ache in the upper right-hand side of her body. Five days later she died. 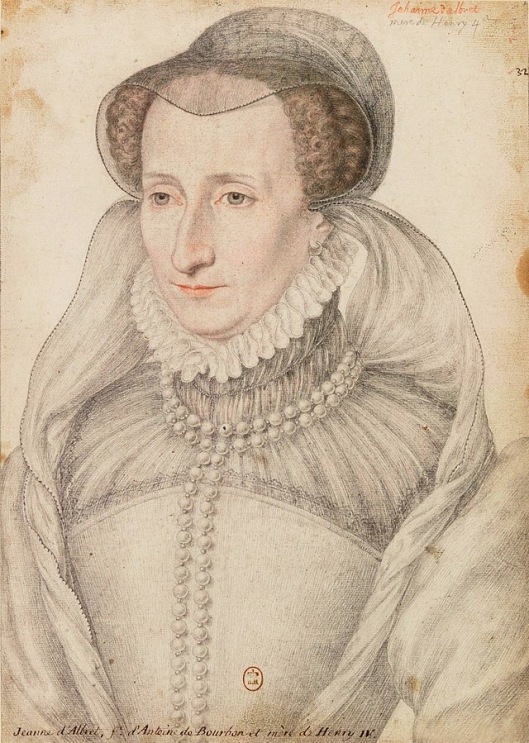 A popular rumour which circulated shortly afterward, maintained that Jeanne had been poisoned by Catherine de’Medici (1519-1589) wife of King Henri II (1519-1559) who allegedly sent her a pair of perfumed gloves, skillfully poisoned by her perfumer, René, a fellow Florentine. An autopsy, however, proved that Jeanne had died of natural causes.

At the time Queen Joan’s death, it was arranged for Henri III, King of Navarre to marry Marguerite of Valois, daughter of Henri II of France and Catherine de’ Medici. The wedding took place in Paris on August 18, 1572 on the parvis of Notre Dame Cathedral.

On August 24, the St. Bartholomew’s Day massacre began in Paris. Several thousand Protestants who had come to Paris for Henri’s wedding were killed, as well as thousands more throughout the country in the days that followed. HenrI narrowly escaped death thanks to the help of his wife and his promise to convert to Catholicism. 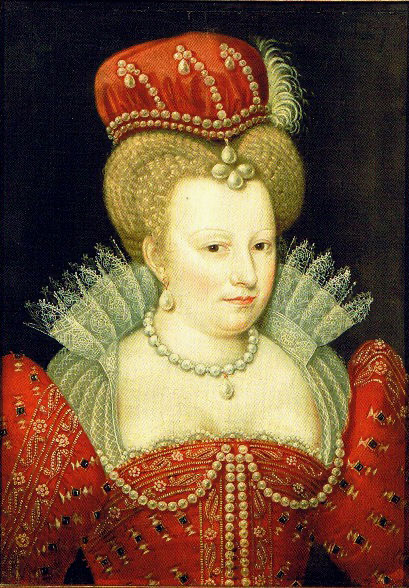 He was forced to live at the court of France, but he escaped in early 1576. On February 5 of that year, he formally abjured Catholicism at Tours and rejoined the Protestant forces in the military conflict. He named his 16-year-old sister, Catherine de Bourbon, regent of Béarn. Catherine held the regency for nearly thirty years.

Claim to the throne of France 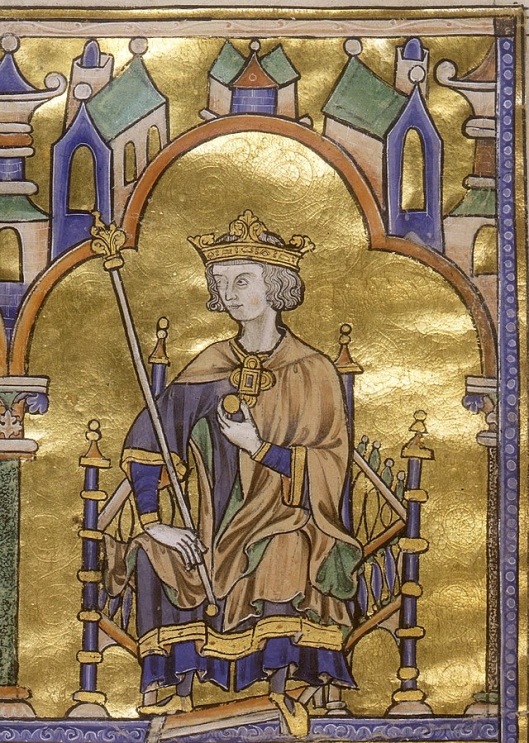 Upon the death of his brother-in-law and distant cousin Henri III of France in 1589, Henri was called to the French succession by the Salic law.

Henri became heir presumptive to the French throne in 1584 upon the death of François, Duke of Anjou, brother and heir to the Catholic Henri III, who had succeeded Charles IX in 1574. Given that Henri of Navarre was the next senior agnatic descendant of King Louis IX, King Henry III had no choice but to recognise him as the legitimate successor. Salic law barred the king’s sisters and all others who could claim descent through only the female line from inheriting. Since Henri of Navarre was a Huguenot, the issue was not considered settled in many quarters of the country, and France was plunged into a phase of the Wars of Religion known as the War of the Three Henries.

Henri III and Henri of Navarre were two of these Henries. The third was Henri I, Duke of Guise, who pushed for complete suppression of the Huguenots and had much support among Catholic loyalists. Political disagreements among the parties set off a series of campaigns and counter-campaigns that culminated in the Battle of Coutras. 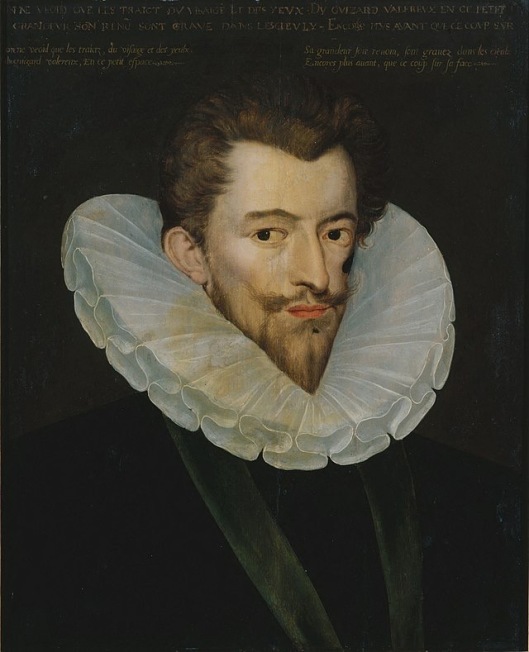 Henri I, Duke of Guise

However, at the death in 1584 of François, Duke of Anjou, the king’s brother, Henri of Guise concluded the Treaty of Joinville with Felipe II of Spain. This compact declared that the Charles de Bourbon, Cardinal de Bourbon should succeed Henri III, in preference to HenrI of Navarre. Charles de Bourbon, Cardinal de Bourbon was the eighth child of Charles IV de Bourbon, duke of Vendôme, paternal grandfather of Henri IV. His mother was Françoise d’Alençon. Henri III now sided with the Catholic League (1585), which made war with great success on the Protestants.

In December 1588, Henri III had Henri of Guise murdered, along with his brother, Louis, Cardinal de Guise. Henri III thought the removal of the brothers would finally restore his authority. However, the populace was horrified and rose against him. The title of the king was no longer recognized in several cities; his power was limited to Blois, Tours, and the surrounding districts. In the general chaos, Henri III relied on King Henri of Navarre and his Huguenots.

On 25 July 1593, with the encouragement of his great love, Gabrielle d’Estrées, Henri permanently renounced Protestantism and converted to Catholicism — in order to secure his hold on the French crown, thereby earning the resentment of the Huguenots and his former ally Queen Elizabeth I of England. He was said to have declared that Paris vaut bien une messe (“Paris is well worth a mass”), although there is some doubt whether he said this, or whether the statement was attributed to him by his contemporaries.His acceptance of Catholicism secured the allegiance of the vast majority of his subjects. 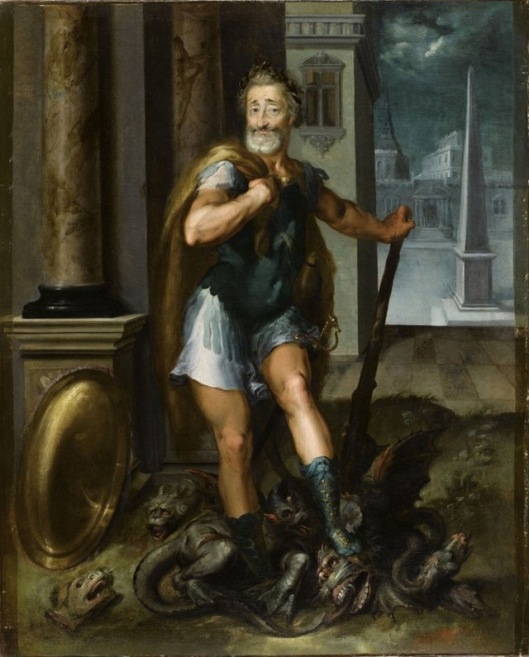 Henri’s first marriage was not a happy one, and the couple remained childless. Henri and Marguerite separated even before Henri acceded to the throne of France in August 1589; Marguerite retired to the Château d’Usson in the Auvergne and lived there for many years. After Henri became king of France, it was of the utmost importance that he provide an heir to the crown to avoid the problem of a disputed succession.

Henri favored the idea of obtaining an annulment of his marriage to Marguerite and taking his mistress Gabrielle d’Estrées as his bride; after all, she had already borne him three children. Henri’s councillors strongly opposed this idea, but the matter was resolved unexpectedly by Gabrielle’s sudden death in the early hours of April 10, 1599, after she had given birth to a premature and stillborn son. 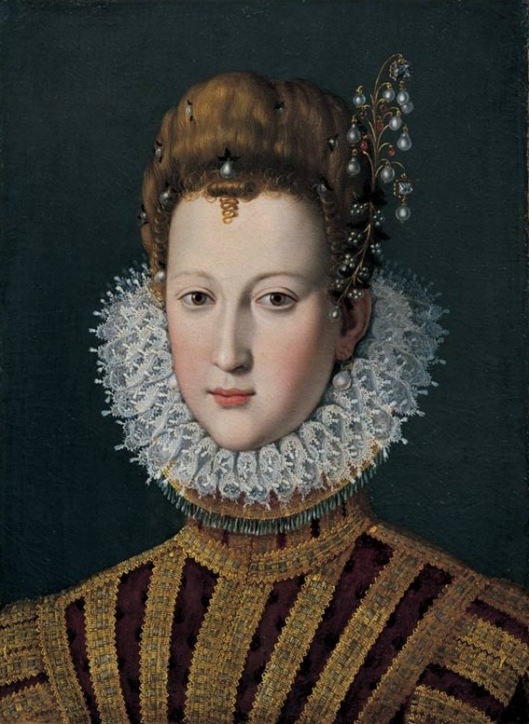 His marriage to Marguerite was annulled in 1599, and Henri married Marie de’ Medici, daughter of Francesco I de’ Medici, Grand Duke of Tuscany, and Archduchess Joanna of Austria, the youngest daughter of Ferdinand I, Holy Roman Emperor, and Anna of Bohemia and Hungary, in 1600.