King Henry VIII considered the matter of the need for a politically aligned marriage. As a new Protestant nation England needed Protestant allies. Chancellor, Thomas Cromwell suggested Anne, the 25-year-old sister of the Duke Wilhelm I-V of Jülich-Cleves-Berg who was seen as an important ally in case of a Roman Catholic attack on England, for the duke fell between Lutheranism and Catholicism.

Hans Holbein the Younger was dispatched to Cleves to paint a portrait of Anne for the king. Despite speculation that Holbein painted her in an overly flattering light, it is more likely that the portrait was accurate; Holbein remained in favour at court. 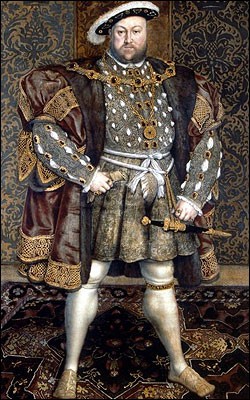 Henry VIII, King of England and Lord of Ireland

After seeing Holbein’s portrait, and urged on by the complimentary description of Anne given by his courtiers, the 49-year-old king agreed to wed Anne. However, it was not long before Henry wished to annul the marriage so he could marry another. Anne did not argue, and confirmed that the marriage had never been consummated.

Anne’s previous betrothal to the Duke of Lorraine’s son François provided further grounds for the annulment. The marriage was subsequently dissolved, and Anne received the title of “The King’s Sister”, two houses, and a generous allowance. It was soon clear that Henry had fallen for the 17-year-old Catherine Howard, the Duke of Norfolk’s niece. This worried Cromwell, for Norfolk was his political opponent.

Shortly after, the religious reformers (and protégés of Cromwell) Robert Barnes, William Jerome and Thomas Garret were burned as heretics. Cromwell, meanwhile, fell out of favour although it is unclear exactly why, for there is little evidence of differences in domestic or foreign policy.

Despite his role, he was never formally accused of being responsible for Henry’s failed marriage. Cromwell was now surrounded by enemies at court, with Norfolk also able to draw on his niece Catherine’s position.

Cromwell was charged with treason, selling export licences, granting passports, and drawing up commissions without permission, and may also have been blamed for the failure of the foreign policy that accompanied the attempted marriage to Anne. He was subsequently attainted and beheaded. 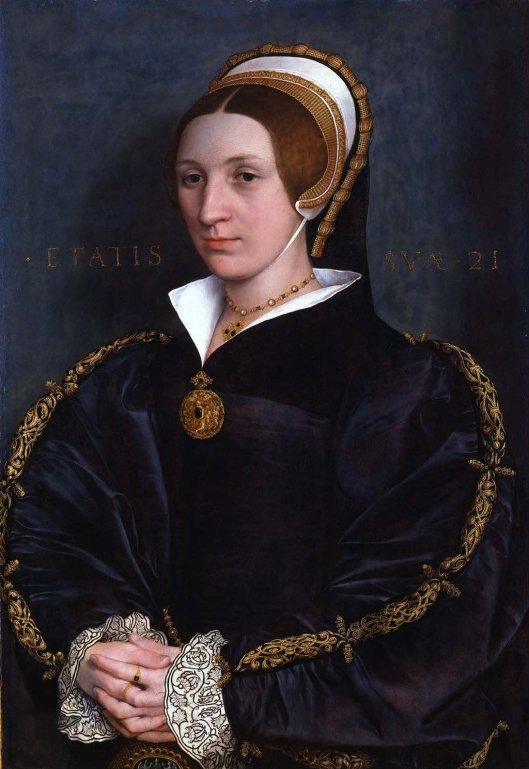 On July 28, 1540 (the same day Cromwell was executed), Henry VIII married the young Catherine Howard, a first cousin and lady-in-waiting of Anne Boleyn. He was absolutely delighted with his new queen and awarded her the lands of Cromwell and a vast array of jewellery.

Though Henry originally refused to believe the allegations, Dereham confessed. It took another meeting of the council, however, before Henry believed the accusations against Dereham and went into a rage, blaming the council before consoling himself in hunting.

When questioned, the queen could have admitted a prior contract to marry Dereham, which would have made her subsequent marriage to Henry invalid, but she instead claimed that Dereham had forced her to enter into an adulterous relationship. Dereham, meanwhile, exposed Catherine’s relationship with Thomas Culpeper and Francis Dereham were both executed, and Catherine too was beheaded on February 13, 1542.