On December 11, 1936 King Edward VIII of the United Kingdom of Great Britain and Northern Ireland abdicated the throne for the woman he loved. His abdication created something unique within the context of former sovereigns.

Abdication, although relatively rare, has occurred through the history of the various European monarchies. Abdication is different from when a monarch is deposed although there are times when the differences are are a bit fuzzy.

The word abdication is derived from the Latin abdicatio meaning to disown or renounce (from ab, away from, and dicare, to dedicate or relinquish). In its broadest sense abdication is the act of renouncing and resigning from any formal office, but it is applied especially to the supreme office of state.

Deposition by political means concerns the removal of a politician or monarch. It may be done by coup, impeachment, invasion, or forced abdication. The term may also refer to the official removal of a clergyman, especially a bishop, from ecclesiastical office.

It would be easy to differentiate between the two terms if abdication was simply defined as a monarchs willingness to relinquish their thrones and power. However, the terms become somewhat muddied and synonymous when a deposition occurs as a forced abdication. Mary I, Queen of Scots was forced to abdicate in favour of her one-year-old son James. For myself, in the name of simplicity, I view abdication as a willing or unwilling relinquishment of power through official and legal means by signing a document that is acknowledged by the government. 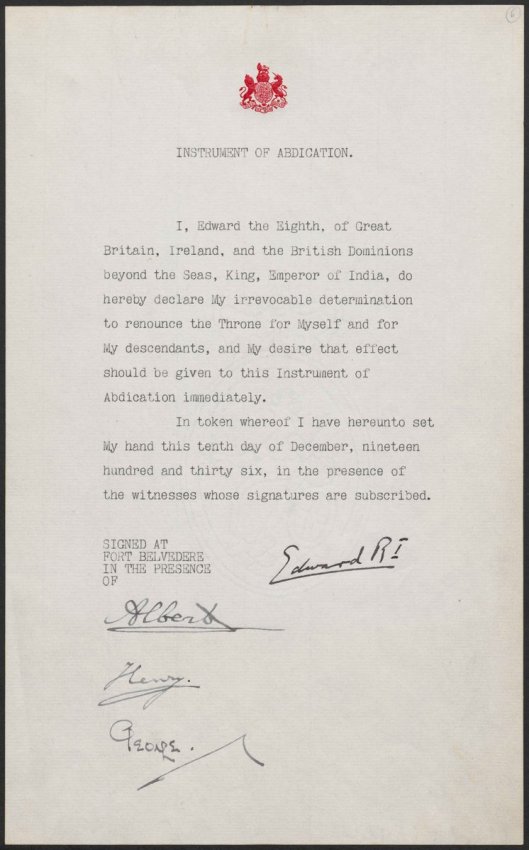 Haven gotten that out of the way, the real topic is what to call or title a monarch that has abdicated and/or been deposed? This is where the uniqueness of Edward VIII comes into play. When Edward VIII abdicated he lost his Royal style and title and was downgraded. This was an unusual occurrence for prior to his abdication the majority of former monarchs retained their titles.

Over the next few postings we will examine the abdication of several monarchs and what they were called after their reign was over. We will start with Edward VIII with the next post.