On June 22, 1948 King George VI formally gives up the title “Emperor of India”, half a year after Britain actually gave up its rule of India.

In this two part series I will discuss the history of the title of “Emperor/Empress of India” from it’s origin (Part I) to the abolishing of the title (Part II).

In 1858 after the nominal Mughal emperor Bahadur Shah Zafar was deposed at the conclusion of the Indian Rebellion of 1857, the government of the United Kingdom decided to transfer control of British India and its princely states from the mercantile East India Company (EIC) to the Crown, thus marking the beginning of the British Raj.

The EIC was officially dissolved on June 1, 1874, and the British prime minister, Benjamin Disraeli, decided to offer Queen Victoria the title “Empress of India” shortly afterwards. Victoria accepted this style on May 1, 1876. The first Delhi Durbar (which served as an imperial coronation) was held in her honour eight months later on January 1, 1877.

The idea of having Queen Victoria proclaimed Empress of India was not particularly new, as Lord Ellenborough had already suggested it in 1843 upon becoming the governor-general of India. By 1874, Major-General Sir Henry Ponsonby, the Queen’s private secretary, had ordered English charters to be scrutinised for imperial titles, with Edgar and Stephen mentioned as sound precedents.

The Queen, possibly irritated by the sallies of the republicans, the tendency to democracy, and the realisation that her influence was manifestly on the decline, was urging the move. Another factor may have been that the Queen’s first child, Victoria, the Princess Royal was married to Crown Prince Friedrich of Prussia, the heir apparent to the German Empire. Upon becoming empress, she would outrank her mother.

By January 1876, the Queen’s insistence was so great that Benjamin Disraeli felt that he could procrastinate no longer. Initially, Victoria had considered the style “Empress of Great Britain, Ireland, and India”, but Disraeli had persuaded the Queen to limit the title to India in order to avoid controversy. Hence, the title Kaisar-i-Hind was coined in 1876 by the orientalist G.W. Leitner as the official imperial title for the British monarch in India.

The term Kaisar-i-Hind means emperor of India in the vernacular of the Hindi and Urdu languages. The word kaisar, meaning ’emperor’, is a derivative of the Roman imperial title caesar (via Persian, Turkish – see Kaiser-i-Rum), and is cognate with the German title Kaiser, which was borrowed from the Latin at an earlier date.

Many in the United Kingdom, however, regarded the assumption of the title as an obvious development from the Government of India Act 1858, which resulted in the founding of British India, ruled directly by the Crown. The public were of the opinion that the title of “queen” was no longer adequate for the ceremonial ruler of what was often referred to informally as the Indian Empire. The new styling underlined the fact that the native states were no longer a mere agglomeration but a collective entity.

The Treaty of Union is the name usually now given to the agreement which led to the creation of the new state of Great Britain, stating that England (which already included Wales) and Scotland were to be “United into One Kingdom by the Name of Great Britain”, At the time it was more often referred to as the Articles of Union. 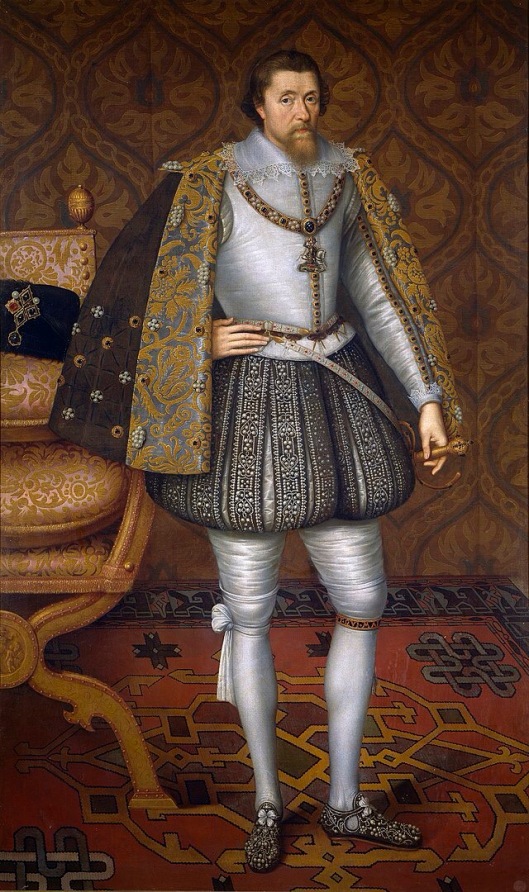 Queen Elizabeth I of England and Ireland, last monarch of the Tudor dynasty, died without issue on March 24, 1603, and the throne fell at once (and uncontroversially) to her first cousin twice removed, James VI of Scotland, a member of House of Stuart and the only son of Mary, Queen of Scots. By the Union of the Crowns in 1603 he assumed the throne of the Kingdom of England and the Kingdom of Ireland as King James I. This personal union lessened the constant English fears of Scottish cooperation with France in a feared French invasion of England.

After this personal union, the new monarch, James I and VI, sought to unite the Kingdom of Scotland and the Kingdom of England into a state which he referred to as “Great Britain”. Nevertheless, Acts of Parliament attempting to unite the two countries failed in 1606, in 1667, and in 1689.

By 1698 the main impetus for uniting the two realms was economics. While remaining separate kingdoms the two nations were often in trade wars with one another as both states vied for supremacy in trading with other foreign states. This competition created friction between the two states. England was also under pressure from the London-based East India Company, which was anxious to maintain its monopoly over English foreign trade. The East India Company threatened legal action towards the Scots on the grounds that the Scots had no authority from the king to raise funds outside the king’s realm.

Deeper political integration had been a key policy of Queen Anne ever since she had acceded to the thrones of the three kingdoms in 1702. Under the aegis of the Queen and her ministers in both kingdoms, in 1705 the parliaments of England and Scotland agreed to participate in fresh negotiations for a treaty of union.

Negotiations between the English and Scottish commissioners began on 16 April 1706 at the Cockpit-in-Court in London. The sessions opened with speeches from William Cowper, the English Lord Keeper, and from Lord Seafield, the Scottish Lord Chancellor, each describing the significance of the task. The commissioners did not carry out their negotiations face to face, but in separate rooms. They communicated their proposals and counter-proposals to each other in writing, and there was a blackout on news from the negotiations. Each side had its own particular concerns. Within a few days, England gained a guarantee that the Hanoverian dynasty would succeed Queen Anne to the Scottish crown, and Scotland received a guarantee of access to colonial markets, in the hope that they would be placed on an equal footing in terms of trade.

After the negotiations ended on July 22, 1706, acts of parliament were drafted by both Parliaments to implement the agreed Articles of Union. The Scottish proponents of union believed that failure to agree to the Articles would result in the imposition of a union under less favourable terms, and English troops were stationed just south of the Scottish border and also in northern Ireland as an “encouragement”. Months of fierce debate in both capital cities and throughout both kingdoms followed. In Scotland, the debate on occasion dissolved into civil disorder, most notably by the notorious ‘Edinburgh Mob’. The prospect of a union of the kingdoms was deeply unpopular among the Scottish population at large, and talk of an uprising was widespread. However, the Treaty was signed and the documents were rushed south with a large military escort.

The Kingdom of Great Britain was born on May 1, 1707, shortly after the parliaments of Scotland and England had ratified the Treaty of Union by each approving Acts of Union combining the two parliaments and the powers of the two crowns. Scotland’s crown, sceptre, and sword of state remained at Edinburgh Castle. Queen Anne (already Queen of both England and Scotland) formally became the first occupant of the unified throne of Great Britain, with Scotland sending forty-five Members to the new House of Commons of Great Britain, as well as representative peers to the House of Lords.

Although there were 25 articles to the Treaty, I will post the first two which are relevant to the Crown and the Succession.

Article 1 states “That the Two Kingdoms of Scotland and England, shall upon the 1st May next ensuing the date hereof, and forever after, be United into One Kingdom by the Name of Great Britain.”

Article 2 provided for the succession of the House of Hanover, and for Protestant succession as set out in the English Act of Settlement of 1701.