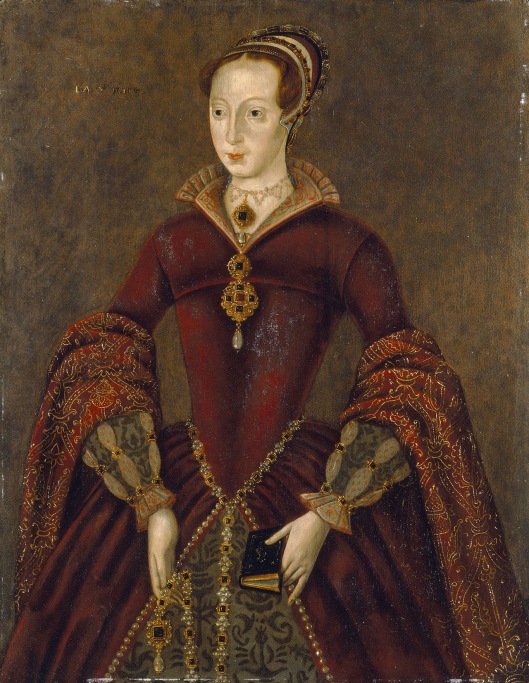 The traditional view is that she was born at Bradgate Park in Leicestershire in October 1537, while more recent research indicates that she was born somewhat earlier, possibly in London, in late 1536 or in the spring of 1537. Jane had two younger sisters: Lady Katherine and Lady Mary. Through their mother, the three sisters were great-granddaughters of Henry VII; grandnieces of Henry VIII; and first cousins once removed of Edward VI, Mary I and Elizabeth I.

Jane had an excellent humanist education and a reputation as one of the most learned young women of her day.

Lady Jane acted as chief mourner at Catherine Parr’s funeral (the sixth and final wife of Henry VIII); Thomas Seymour showed continued interest to keep her in his household, and she returned there for about two months before he was arrested at the end of 1548. Seymour’s brother, the Lord Protector, Edward Seymour, 1st Duke of Somerset, felt threatened by Thomas’ popularity with the young King Edward. Among other things, Thomas Seymour was charged with proposing Jane as a bride for the king.

In the course of Thomas Seymour’s following attainder and execution, Jane’s father was lucky to stay largely out of trouble. After his fourth interrogation by the King’s Council, he proposed his daughter Jane as a bride for the Protector’s eldest son, Lord Hertford. Nothing came of this, however, and Jane was not engaged until the spring of 1553, her bridegroom being Lord Guildford Dudley, a younger son of John Dudley, 1st Duke of Northumberland. 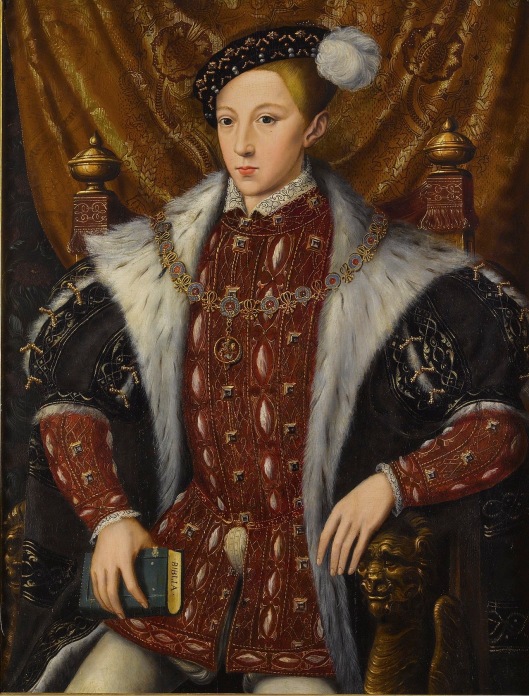 The Duke, Lord President of the King’s Council from late 1549, was then the most powerful man in the country. On May 25, 1553, the couple were married at Durham House in a triple wedding, in which Jane’s sister Catherine was matched with the heir of the Earl of Pembroke, Lord Herbert, and another Katherine, Lord Guildford’s sister, with Henry Hastings, the Earl of Huntingdon’s heir.

The Third Succession Act of 1544 restored Henry VIII’s daughters, Mary and Elizabeth, to the line of succession, although they were still regarded as illegitimate. Furthermore, this Act authorised Henry VIII to alter the succession by his will. Henry’s will reinforced the succession of his three children, and then declared that, should none of them leave descendants, the throne would pass to heirs of his younger sister, Mary, which included Jane. For unknown reasons, Henry excluded Jane’s mother, Frances Grey, from the succession, and also bypassed the claims of the descendants of his elder sister, Margaret, who had married into the Scottish royal house and nobility.

When the 15-year-old Edward VI lay dying in the early summer of 1553, his Catholic half-sister Mary was still his heir presumptive. However, Edward, in a draft will (“My devise for the Succession”) composed earlier in 1553, had first restricted the succession to (non-existent) male descendants of Frances Brandon and her daughters, before he named his Protestant cousin “Lady Jane and her heirs male” as his successors, probably in June 1553; the intent was to ensure his Protestant legacy, thereby bypassing Mary, who was a Roman Catholic. Edward’s decision to name Jane Grey herself was possibly instigated by Northumberland.

Edward VI personally supervised the copying of his will which was finally issued as letters patent on June 21 and signed by 102 notables, among them the whole Privy Council, peers, bishops, judges, and London aldermen. Edward also announced to have his “declaration” passed in parliament in September, and the necessary writs were prepared. The King died on July 6, 1553, but his death was not announced until four days later.

On July 9, Jane was informed that she was now queen, and according to her own later claims, accepted the crown only with reluctance. On July 10, she was officially proclaimed Queen of England, France and Ireland after she had taken up secure residence in the Tower of London, where English monarchs customarily resided from the time of accession until coronation. Jane refused to name her husband Dudley as king, because that would require an Act of Parliament. She would agree only to make him Duke of Clarence.