His family was split during the War of the Spanish Succession and was for many years under house arrest in Austria. Only in 1715 was the family reunited. After attaining his majority in August 1715, he undertook an educational tour of Italy from 3 December 1715 until 24 August 1716. In 1717, he served with Bavarian auxiliaries in the Austro-Turkish War (1716–1718). 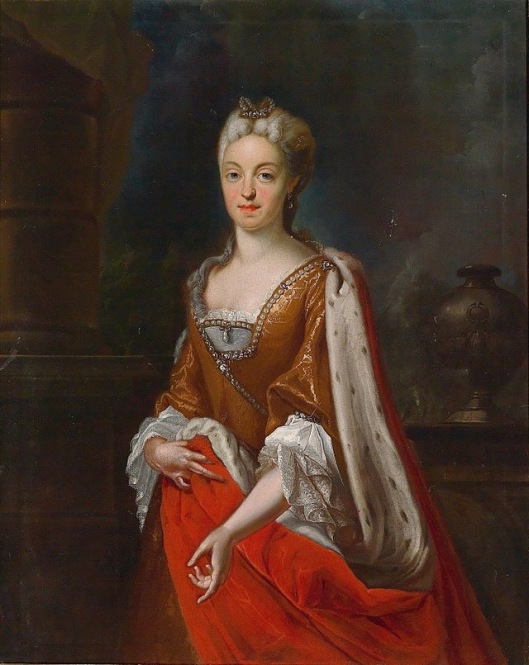 On 5 October 1722, Charles Albert married Archduchess Maria Amalia of Austria, whom he had met at the imperial court in Vienna. She was the younger daughter of the late Joseph I, Holy Roman Emperor, and his wife Wilhelmine Amalia of Brunswick-Lüneburg. In 1725 Charles Albert visited Versailles for the wedding of Louis XV of France, and established firm contacts with the French court.

In 1726, when his father died, Charles Albert became Duke of Bavaria and a Prince-Elector of the Holy Roman Empire. He maintained good relations both with his Habsburg relatives and with France, continuing his father’s policies. In 1729 he instituted the knightly Order of St George. That year, he also started building the Rothenberg Fortress.

As son-in-law of Joseph I, Holy Roman Emperor, Charles Albert rejected the Pragmatic Sanction of 1713 and claimed the German territories of the Habsburg dynasty after the death of Holy Roman Charles VI in 1740. With the treaty of Nymphenburg concluded in July 1741, Charles Albert allied with France and Spain against Austria.

During the War of the Austrian Succession Charles Albert invaded Upper Austria in 1741 and planned to conquer Vienna, but his allied French troops under the Duc de Belle-Isle were redirected to Bohemia instead and Prague was conquered in November 1741. Therefore, Charles Albert was crowned King of Bohemia in Prague, December 19, 1741 when the Habsburgs were not yet defeated.

He was unanimously elected “King of the Romans” on January 24, 1742, also with the vote of King George II of Great Britain, Prince-Elector of Hanover, Charles Albert became Holy Roman Emperor upon his coronation on February 12, 1742. His brother Clemens August of Bavaria, Archbishop and Prince-Elector of Cologne, who generally sided with the Austria Habsburg-Lorraine faction in the disputes over the Habsburg succession, cast his vote for his brother and personally crowned him emperor at Frankfurt. Charles VII Albert was the second Wittelsbach emperor after Ludwig IV and the first Wittelsbach king of Germany since the reign of Rupert.

Shortly after the coronation most of Charles VII Albert’s territories were overrun by the Austrians, and Bavaria was occupied by the troops of Maria Theresa. The emperor fled Munich and resided for almost three years in the Palais Barckhaus in Frankfurt. Most of Bohemia was lost in December 1742 when the Austrians allowed the French under the Duc de Belle-Isle and the Duc de Broglie an honourable capitulation. Charles VII Albert was mocked as an emperor who neither controlled his own realm, nor was in effective control of the empire itself, though the institution of the Holy Roman Emperor had largely become symbolic in nature and powerless by that time.

The new commander of the Bavarian army, Friedrich Heinrich von Seckendorff, fought Austria in a series of battles in 1743 and 1744. In 1743 his troops and their allies took Bavaria and Charles VII was able to return to Munich in April for some time. After the allied French had to retreat after defeats to the Rhine, he lost Bavaria again. The new campaign of Frederick II of Prussia during the Second Silesian War finally forced the Austrian army to leave Bavaria and to retreat back into Bohemia. In October 1744 Charles VII regained Munich and returned. Under the mediation of the former Vice-Chancellor Friedrich Karl von Schönborn, the emperor then sought a balance with Vienna, but at the same time negotiated unsuccessfully with France for new military support.

After the decisive defeat in the Battle of Pfaffenhofen on April 15 Maximilian III Joseph quickly abandoned his father’s imperial pretenses and made peace with Maria Theresa in the aforementioned Treaty of Füssen, in which he agreed to support her husband, Grand Duke Franz Stefan of Lorraine and Tuscany, in the upcoming imperial election. On September 13, 1745, Franz Stefan was elected Holy Roman Emperor in succession to Charles VII Albert and his wife, Maria Theresa of Austria, made him co-regent of her hereditary Habsburg dominions.