Otto II was born in 955, the third son of the King of Germany Otto I (Crowned Holy Roman Emperor in 962) and his second wife Adelaide of Burgundy the daughter of Rudolf II of Burgundy and Bertha of Swabia.

By 957, Otto II’s older brothers Henry (born 952) and Bruno (born 953) had died, as well as Otto I’s son from his first wife Eadgyth, the Crown Prince Liudolf, Duke of Swabia.

Otto II was made joint-ruler of the Empire in 961, at an early age, and his father named him co-Emperor in 967 to secure his succession to the throne. His father also arranged for Otto II to marry the Byzantine Princess Theophanu.

Theophanu (c. AD 955 – June 15, 991) According to the marriage certificate issued on April 14, 972 Theophanu is identified as the niece or granddaughter of Byzantine Emperor John I Tzimiskes (925–976, reigned 969–976) who was of Armenian and Byzantine Greek descent.

Recent research tends to concur that she was most probably the daughter of Tzimiskes’ brother-in-law (from his first marriage) Constantine Skleros (c. 920–989) and cousin Sophia Phokas, the daughter of Kouropalatēs Leo Phokas, brother of Emperor Nikephoros II (c. 912–969). 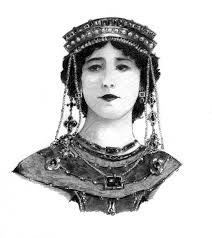 Theophanu was not born “in the purple” as the Ottonians would have preferred. The Saxon chronicler Bishop Thietmar of Merseburg writes that the Ottonian preference was for Anna Porphyrogenita, a daughter of late Byzantine Emperor Romanos II. Theophanu’s uncle John I Tzimiskes had overthrown his predecessor Nikephoros II Phokas in 969.

Theophanu was escorted back to Rome for her wedding by a delegation of German and Italian churchmen and nobles. When the Ottonian court discovered Theophanu was not a scion of the Macedonian dynasty, as had been assumed, Otto I was told by some to send Theophanu away.

Otto’s advisors believed that Theophanu’s relation to the usurper John Tzimiskes would invalidate the marriage as a confirmation of Otto I as Holy Roman Emperor.

He was persuaded to allow her to stay when it was pointed out that John Tzimiskes had wed Theodora, a member of the Macedonian dynasty and sister to Emperor Romanos II. John was therefore a Macedonian, by marriage if not by birth.

A reference by Pope John XIII to Emperor Nikephoros II as “Emperor of the Greeks” in a letter while Otto’s ambassador, Bishop Liutprand of Cremona, was at the Byzantine court, had destroyed the first round of marriage negotiations.

With the ascension of John I Tzimiskes, who had not been personally referred to other than as Roman Emperor, the treaty negotiations were able to resume. However, not until a third delegation led by Archbishop Gero of Cologne arrived in Constantinople, were they successfully completed.

After the marriage negotiations completed, Theophanu and Otto II were married by Pope John XIII on April 14, 972.

According to Karl Leysers’ book Communications and Power in Medieval Europe: Carolingian and Ottonian, Otto I’s choice was not “to be searched for in the parlance of high politics” as his decision was ultimately made on the basis of securing his dynasty with the birth of the next Ottonian emperor.

Otto II succeeded his father on May 8, 973. Theophanu accompanied her husband on all his journeys, and she is mentioned in approximately one quarter of the emperor’s formal documents – evidence of her privileged position, influence and interest in affairs of the empire.

It is known that she was frequently at odds with her mother-in-law, Adelaide of Italy, which caused an estrangement between Otto II and Adelaide. According to Abbot Odilo of Cluny, Adelaide was very happy when “that Greek woman” died.

The Benedictine chronicler Alpert of Metz describes Theophanu as being an unpleasant and chattery woman. Theophanu was also criticized for having introduced new luxurious garments and jewelry into France and the Holy Roman Empire.

The theologian Peter Damian even asserts that Theophanu had a love affair with John Philagathos, a Greek monk who briefly reigned as Antipope John XVI.

Otto II died suddenly on December 7, 983 at the age of 28, probably from malaria. His three-year-old son, Otto III, had already been appointed King of the Romans during a diet held on Pentecost of that year at Verona.

At Christmas, Theophanu had him crowned by the Mainz archbishop Willigis at Aachen Cathedral, with herself ruling as Empress Regent on his behalf.

Upon the death of Emperor Otto II, Bishop Folcmar of Utrecht released his cousin, the Bavarian duke Heinrich the Quarrelsome from custody. Duke Heinrich allied with Archbishop Warin of Cologne and seized his nephew Otto III in spring 984, while Theophanu was still in Italy. Nevertheless he was forced to surrender the child to his mother, who was backed by Archbishop Willigis of Mainz and Bishop Hildebald of Worms.

Theophanu ruled the Holy Roman Empire as regent for a span of five years, from May 985 to her death in 991, despite early opposition by the Ottonian court.

Her first act as regent was in securing her son, Otto III, as the heir to the Holy Roman Empire. Theophanu also placed her daughters in power by giving them high positions in influential nunneries all around the Ottonian-ruled west, securing power for all her children. She welcomed ambassadors, declaring herself “imperator” or “imperatrix”, as did her relative contemporaries Irene of Athens and Theodora; the starting date for her reign being 972, the year of her marriage to the late Otto II.

Theophanu brought from her native east, a culture of royal women at the helm of a small amount of political power, something that the West—of which she was in rule of—had remained generally opposed to for centuries before her regency.

Theophanu and her mother-in-law, Adelaide, are known during the empress’ regency to have butted heads frequently–Adelaide of of Burgundy is even quoted as referring to her as “that Greek empress.” Theophanu’s rivalry with her mother-in-law, according to historian and author Simon Maclean, is overstated. Theophanu’s “Greekness” was not an overall issue. Moreover, there was a grand fascination with the culture surrounding Byzantine court in the west that slighted most criticisms to her Greek origin.

Theophanu did not remain merely as an image of the Ottonian empire, but as an influence within the Holy Roman Empire. She intervened within the governing of the empire a total of seventy-six times during the reign of her husband Otto II—perhaps a foreshadowing of her regency.

Though never donning any armor, she also waged war and sought peace agreements throughout her regency. Theophanu’s regency is a time of considerable peace, as the years 985-991 passed without major crises. Though the myth of Theophanu’s prowess as imperator could be an overstatement, according to historian Gerd Althoff, royal charters present evidence that magnates were at the core of governing the empire.

Althoff highlights this as unusual, since kings or emperors in the middle ages rarely shared such a large beacon of empirical power with nobility.

Due to illness beginning in 988, Theophanu eventually died at Nijmegen and was buried in the Church of St. Pantaleon near her wittum in Cologne in 991.

The chronicler Thietmar eulogized her as follows: “Though [Theophanu] was of the weak sex she possessed moderation, trustworthiness, and good manners. In this way she protected with male vigilance the royal power for her son, friendly with all those who were honest, but with terrifying superiority against rebels.”

Because Otto III was still a child, his grandmother Adelaide of Burgundy took over the regency until Otto III became old enough to rule on his own.