Edward VIII (Edward Albert Christian George Andrew Patrick David; June 23, 1894 – May 28, 1972) was King of the United Kingdom and the Dominions of the British Empire, and Emperor of India from January 20, 1936 until his abdication in December of the same year.

Edward was born during the reign of his great-grandmother Queen Victoria as the eldest child of the Duke and Duchess of York, later King George V and Queen Mary.

Edward was created Prince of Wales on his 16th birthday, seven weeks after his father succeeded as king. As a young man, Edward served in the British Army during the First World War and undertook several overseas tours on behalf of his father. While Prince of Wales, he engaged in a series of sexual affairs that worried both his father and then-British prime minister Stanley Baldwin. 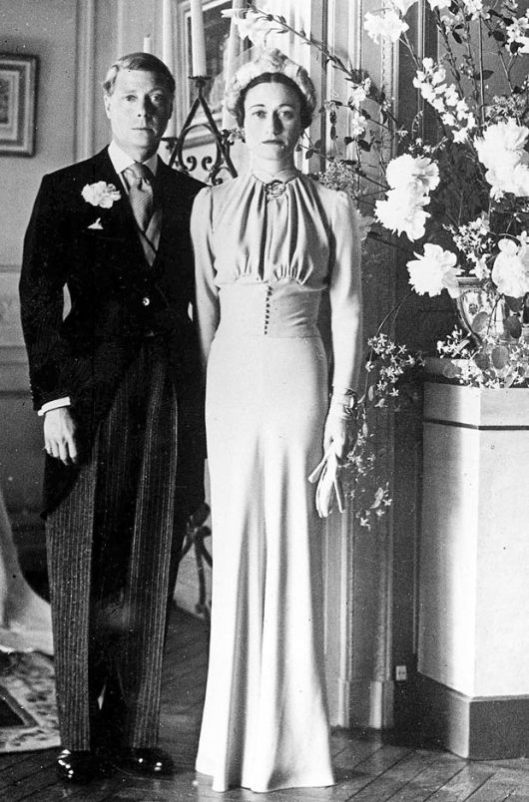 Upon his father’s death in 1936, Edward became the second monarch of the House of Windsor. The new king showed impatience with court protocol, and caused concern among politicians by his apparent disregard for established constitutional conventions.

Only months into his reign, a constitutional crisis was caused by his proposal to marry Wallis Simpson, an American who had divorced her first husband and was seeking a divorce from her second.

The prime ministers of the United Kingdom and the Dominions opposed the marriage, arguing a divorced woman with two living ex-husbands was politically and socially unacceptable as a prospective queen consort.

Additionally, such a marriage would have conflicted with Edward’s status as titular head of the Church of England, which, at the time, disapproved of remarriage after divorce if a former spouse was still alive.

Edward knew the Baldwin government would resign if the marriage went ahead, which could have forced a general election and would have ruined his status as a politically neutral constitutional monarch. When it became apparent he could not marry Wallis and remain on the throne, he abdicated.

Edward VIII was succeeded by his younger brother, Prince Albert, the Duke of York, who chose to reign as King George VI to display continuity with his father, George V.

Edgar was the last male member of the Royal House of Wessex. Edgar was elected King of English by the Witenagemot in October 1066, after the defeat of Harold II Godwinson by William I the Conqueror. Edgar was never crowned.

When William crossed the Thames at Wallingford, he was met by Stigand, who now abandoned Edgar and submitted to the invader. As the Normans closed in on London, Edgar’s key supporters in the city began negotiating with William. In early December, the remaining members of the Witan in London met and resolved to take the young uncrowned king out to meet William to submit to him at Berkhamsted, quietly setting aside Edgar’s election. Edgar, alongside other lords, did homage to King William at his coronation in December. Thank you for indulging my little tangent. 😊 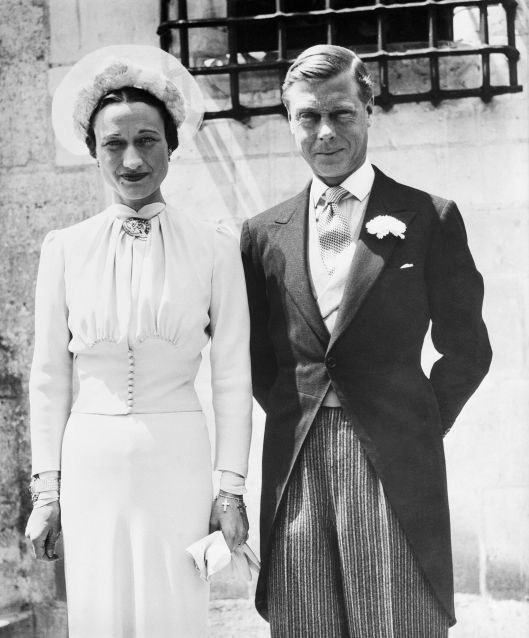 On December 12, 1936, at the accession meeting of the Privy Council of the United Kingdom, George VI announced his intention to make his brother the “Duke of Windsor” with the style of Royal Highness.

George VI wanted this to be the first act of his reign, although the formal documents were not signed until March 8, the following year. During the interim, Edward was known as the Duke of Windsor. George VI’s decision to create Edward a royal duke ensured that he could neither stand for election to the British House of Commons nor speak on political subjects in the House of Lords.

Letters Patent dated May 27, 1937 re-conferred the “title, style, or attribute of Royal Highness” upon the Duke, but specifically stated that “his wife and descendants, if any, shall not hold said title or attribute”.

Some British ministers advised that the reconfirmation was unnecessary since Edward had retained the style automatically, and further that Simpson would automatically obtain the rank of wife of a prince with the style Her Royal Highness; others maintained that he had lost all royal rank and should no longer carry any royal title or style as an abdicated king, and be referred to simply as “Mr Edward Windsor”. 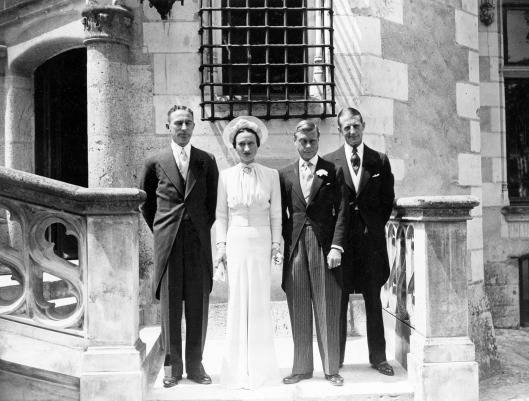 “We incline to the view that on his abdication the Duke of Windsor could not have claimed the right to be described as a Royal Highness. In other words, no reasonable objection could have been taken if the King had decided that his exclusion from the lineal succession excluded him from the right to this title as conferred by the existing Letters Patent.

The question however has to be considered on the basis of the fact that, for reasons which are readily understandable, he with the express approval of His Majesty enjoys this title and has been referred to as a Royal Highness on a formal occasion and in formal documents.

In the light of precedent it seems clear that the wife of a Royal Highness enjoys the same title unless some appropriate express step can be and is taken to deprive her of it.

We came to the conclusion that the wife could not claim this right on any legal basis. The right to use this style or title, in our view, is within the prerogative of His Majesty and he has the power to regulate it by Letters Patent generally or in particular circumstances.”

The Duke married Simpson, who had changed her name by deed poll to Wallis Warfield, in a private ceremony on June 3, 1937, at Château de Candé, near Tours, France. When the Church of England refused to sanction the union, a County Durham clergyman, the Reverend Robert Anderson Jardine (Vicar of St Paul’s, Darlington), offered to perform the ceremony, and the Duke accepted.

George VI forbade members of the royal family to attend, to the lasting resentment of the Duke and Duchess of Windsor. Edward had particularly wanted his brothers the dukes of Gloucester and Kent and his second cousin Lord Louis Mountbatten to attend the ceremony.

The denial of the style Royal Highness to the Duchess of Windsor caused further conflict, as did the financial settlement. The Government declined to include the Duke or Duchess on the Civil List, and the Duke’s allowance was paid personally by George VI. The Duke compromised his position with his brother by concealing the extent of his financial worth when they informally agreed on the amount of the allowance

Later that year, the Duke and Duchess of Windsor toured Nazi Germany.