Lady Mary Tudor, Countess of Derwentwater (October 16, 1673 – November 5, 1726) was an actress and natural daughter of King Charles II of England by his mistress, Mary “Moll” Davies, an actress and singer.

Mary grew up in a house on the south-west side of St James Square, close to St James’s Park and Whitehall palace, and from an early age she was surrounded by the high society of The Restoration.

On December 10, 1680, seven-year-old Mary, was, in recognition of her paternity, granted by a Royal Warrant, by King Charles II of England the name Tudor (as a nod to their mutual collateral descent from the Tudor family) and the precedence of the daughter of an Earl. 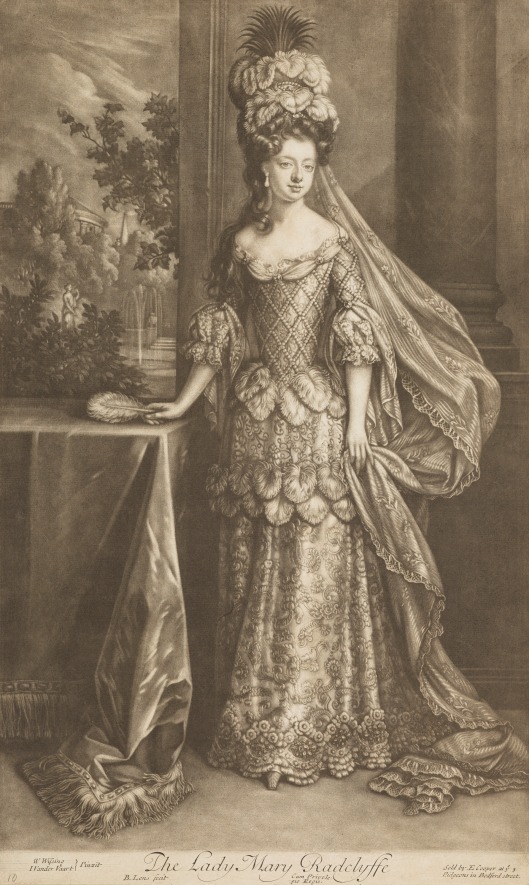 Mary separated from Lord Derwentwater in 1700, reportedly due to her unwillingness to convert to Roman Catholicism.