Eleanor of Lancaster, Countess of Arundel (sometimes called Eleanor Plantagenet; September 11, 1318 – January 11, 1372) was a member of the English Royal Family and the fifth daughter of Henry, 3rd Earl of Lancaster and Maud Chaworth. 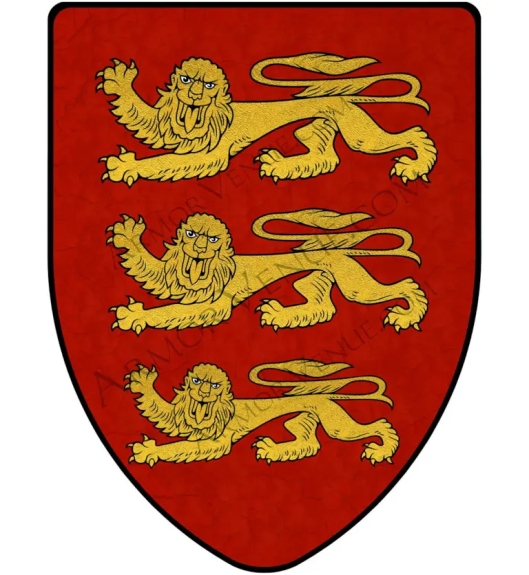 Henry de Beaumont was the grandson of John of Brienne, King of Jerusalem and later Latin Emperor of Constantinople by his third wife, Berengaria of Leon, making Henry a second cousin of Edward II of England.

John de Beaumont died in a jousting tournament on April 14, 1342. They had one son, born to Eleanor in Ghent whilst serving as lady-in-waiting to Queen Philippa of Hainault:

His previous marriage, to Isabel le Despenser, had taken place when they were children. It was annulled by Papal mandate as she, since her father’s attainder and execution, had ceased to be of any importance to him. Pope Clement VI obligingly annulled the marriage, bastardized the issue, and provided a dispensation for his second marriage to the woman with whom he had been living in adultery (the dispensation, dated March 4, 1345, was required because his first and second wives were first cousins).

The children of Eleanor’s second marriage were:

Eleanor died at Arundel and was buried at Lewes Priory in Lewes, Sussex, England. Her husband survived her by four years, and was buried beside her; in his will Richard requests to be buried “near to the tomb of Eleanor de Lancaster, my wife; and I desire that my tomb be no higher than hers, that no men at arms, horses, hearse, or other pomp, be used at my funeral, but only five torches…as was about the corpse of my wife, be allowed.”

The memorial effigies attributed to Eleanor and her husband Richard Fitzalan, 10th Earl of Arundel in Chichester Cathedral are the subject of the celebrated Philip Larkin poem “An Arundel Tomb.”