HRH The Princess Sophia was born at Buckingham House, London on November 3, 1777, the twelfth child and fifth daughter of King George III of Great Britain and Charlotte of Mecklenburg-Strelitz. The young princess was christened on December 1, 1777 in the Great Council Chamber at St James’s Palace by Frederick Cornwallis, Archbishop of Canterbury.

Sophia is perhaps best known for the rumours surrounding a supposed illegitimate child to whom she gave birth as a young woman.

In her youth, Sophia was closest to her father, who preferred his daughters over his sons; however, she and her sisters lived in fear of their mother. The princesses were well-educated but raised in a rigidly strict household.

Prior to 1788, King George III had told his daughters that he would take them to Hanover and find them suitable husbands despite misgivings he had, which stemmed from his sisters’ own unhappy marriages. He remarked, “I cannot deny that I have never wished to see any of them marry: I am happy in their company, and do not in the least want a separation.”

However, the King suffered his first bout of madness that year, when Sophia was aged eleven. Sophia remarked of her father’s behaviour, “He is all affection and kindness to me, but sometimes an over kindness, if you can understand that, which greatly alarms me.” Further lapses into insanity occurred in 1801 and 1804, thus forestalling talk of marriage for his daughters.

The question of matrimony was rarely raised; Queen Charlotte feared the subject, something which had always discomforted the King, would push him back into insanity. Furthermore, the queen, strained from her husband’s illness, wanted the princesses to remain close to her.
As a result, like most of her sisters, Princess Sophia was forced to live her life as a companion of her mother.

The princesses were not allowed to mix with anyone outside of the Royal Court, and rarely came into contact with men other than pages, equerries, or attendants. Constantly chaperoned, the girls frequently complained about living in a “Nunnery”. For entertainment, the queen read sermons to them and the princesses practised embroidery. On one occasion Sophia wrote their days were so “deadly dull… I wished myself a kangaroo.”

Limited in exposure to eligible men, Sophia and several of her sisters became involved with courtiers and equerries. Sophia entered into a relationship with her father’s chief equerry, Major-General Thomas Garth, a man thirty-three years her senior. He had a large purple birthmark on his face, causing Sophia’s sister Mary to refer to him as “the purple light of love” and courtier and diarist Charles Greville to call him a “hideous old devil”. 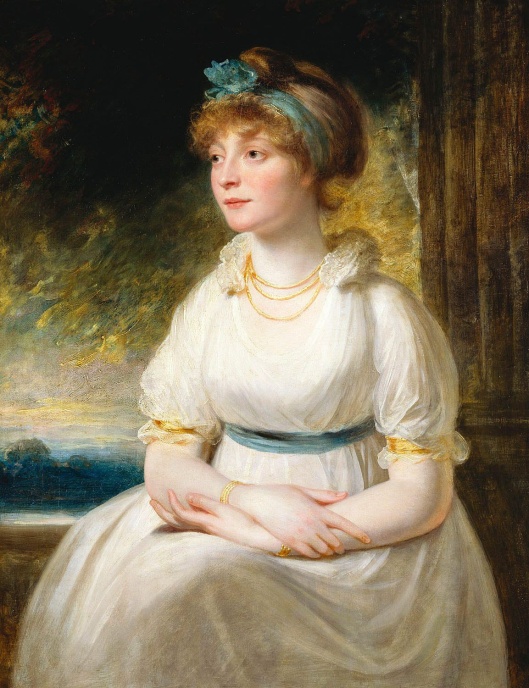 Despite this, one lady-in-waiting noted “the princess was so violently in love with him that everyone saw it. She could not contain herself in his presence.” Greville wrote about Sophia and her sisters’ affairs in a diary entry, “women fall in love with anything – and opportunity and the accidents of the passions are of more importance than any positive merits of mind or of body… [The princesses] were secluded from the world, mixing with few people – their passions boiling over and ready to fall into the hands of the first man whom circumstances enabled to get at them.”

Gossip soon spread of the existence of an illegitimate child. Some historians contend that, sometime before August 1800 in Weymouth, Sophia gave birth to an illegitimate son fathered by Garth.

Other gossip declared the child was the product of rape by her elder brother Prince Ernest Augustus the Duke of Cumberland (future King of Hanover), who was deeply unpopular. Historians are divided on the validity of these stories, as some believe she gave birth to Garth’s child while others call them tales spread by the royal family’s political enemies.

Sophia was a favourite of her niece, Princess Charlotte of Wales, as the young princess liked her gentle character and had a certain fascination for the gossip surrounding Sophia’s past. Charlotte detested her other aunts, and once wrote, “I can hardly believe [Sophia] belongs to them- so wholly different is she in thoughts, opinions, matters. Her nobleness and rectitude of mind renders her no favourite here.

Princess Mary married on July 22, 1816, to her first cousin, Prince William Frederick, Duke of Gloucester and Edinburgh, the son of George III’s brother, Prince William Henry, Duke of Gloucester and Edinburgh. On their wedding day, Mary’s brother, The Prince Regent, raised the bridegroom’s style from Highness to Royal Highness, an attribute to which Mary’s rank as daughter of the King already entitled her.

Queen Charlotte’s death in 1818 allowed Augusta and Sophia their domestic freedom, though it was too late for them to marry. From her mother Sophia inherited Lower Lodge at Windsor Great Park, which she in turn gave to the Prince Regent. The death of Princess Augusta in 1840 resulted in Sophia inheriting Clarence House and Frogmore.

There, she fell under the sway of Victoria’s comptroller, Sir John Conroy, who took advantage of her senility and blindness; rumours also circulated that Sophia was in awe of Conroy because of his ability to deal effectively with the “bullying importunities” of Sophia’s supposed illegitimate son. Sophia frequently served as his spy on the Kensington household as well as on her two elder brothers, while Conroy squandered most of her money. The princess died on May 27, 1848, aged 70, at her residence in Vicarage Place, Kensington Palace.