After 1066, William did not attempt to integrate his separate domains into one unified realm or Kingdom with one set of laws. His seal from after 1066, of which six impressions still survive, was made for him after he conquered England and stressed his role as king, while separately mentioning his role as Duke. When in Normandy, William acknowledged that he owed fealty to the King of the Franks, but in England no such acknowledgment was made – further evidence that the various parts of William’s lands were considered separate.

The administrative machinery of Normandy, England, and Maine continued to exist separate from the other lands, with each one retaining its own forms. For example, England continued the use of writs, which were not known on the continent. Also, the charters and documents produced for the government in Normandy differed in formulas from those produced in England.

In common law, a writ (Anglo-Saxon gewrit, Latin breve) is a formal written order issued by a body with administrative or judicial jurisdiction; in modern usage, this body is generally a court. Warrants, prerogative writs, and subpoenas are common types of writ, but many forms exist and have existed. 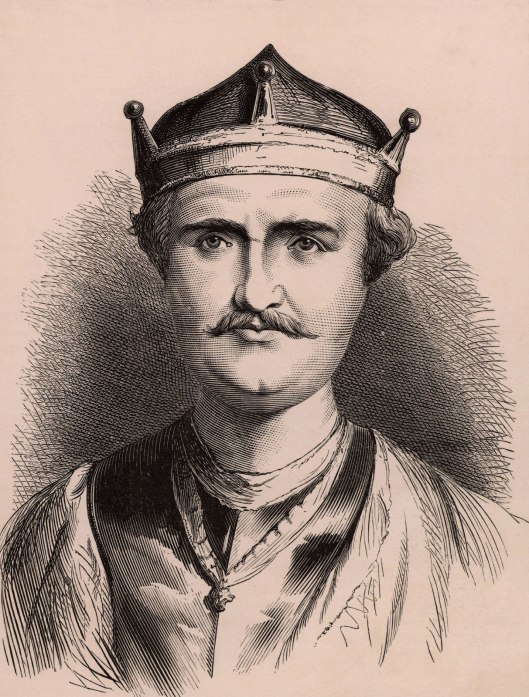 The writ was a unique development of the Anglo-Saxon monarchy and consisted of a brief administrative order, authenticated (innovatively) by a seal. Written in the vernacular, they generally made a land grant or conveyed instructions to a local court. In the beginning, writs were the document issued by the King’s Chancellor against a landowner whose vassal complained to the King about an injustice, after a first summon by the sheriff to comply had been deemed fruitless.

William the Conqueror took over the system unchanged, but was to extend it in two ways: first, writs became mainly framed in Latin, not Anglo-Saxon; second, they covered an increasing range of royal commands and decisions. Writs of instruction continued to develop under his immediate successors, but it was not until King Henry II that writs became available for purchase by private individuals seeking justice, thus initiating a vast expansion in their role within the common law. Writs could take two main forms, ‘letters patent’, which were open for all to read, and ‘letters close’ for one or more specified individuals alone.

William took over an English government that was more complex than the Norman system. England was divided into shires or counties, which were further divided into either hundreds or wapentakes. Each shire was administered by a royal official called a sheriff, who roughly had the same status as a Norman viscount. A sheriff was responsible for royal justice and collecting royal revenue. To oversee his expanded domain, William, as King of the English, was forced to travel even more than he had as Dule of Normandy.

He crossed back and forth between the continent and England at least 19 times between 1067 and his death. William spent most of his time in England between the Battle of Hastings and 1072, and after that, he spent the majority of his time in Normandy.

Government was still centred on William’s household; when he was in one part of his realms, decisions would be made for other parts of his domains and transmitted through a communication system that made use of letters and other documents. William also appointed deputies who could make decisions while he was absent, especially if the absence was expected to be lengthy. Usually, this was a member of William’s close family – frequently his half-brother Odo or his wife Matilda. Sometimes deputies were appointed to deal with specific issues.

William continued the collection of danegeld, a land tax. This was an advantage for William, as it was the only universal tax collected by western European rulers during this period. It was an annual tax based on the value of landholdings, and it could be collected at differing rates.

Most years saw the rate of two shillings per hide, but in crises, it could be increased to as much as six shillings per hide. Coinage between the various parts of his domains continued to be minted in different cycles and styles. English coins were generally of high silver content, with high artistic standards, and were required to be re-minted every three years.

Norman coins had a much lower silver content, were often of poor artistic quality, and were rarely re-minted. Also, in England, no other coinage was allowed, while on the continent other coinage was considered legal tender. Nor is there evidence that many English pennies were circulating in Normandy, which shows little attempt to integrate the monetary systems of England and Normandy.

Besides taxation, William’s large landholdings throughout England strengthened his rule. As King Edward’s heir, he controlled all of the former royal lands. He also retained control of much of the lands of Harold and his family, which made the king the largest secular landowner in England by a wide margin.