Princess Margarita of Greece and Denmark (April 18, 1905 – April 24, 1981) was the eldest child and daughter of Prince Andrew of Greece and Denmark and Princess Alice of Battenberg. She was born at the Royal Palace in Athens. She was the first great-great-grandchild of Queen Victoria of the United Kingdom and the eldest sister of Prince Philip, Duke of Edinburgh, the consort of Queen Elizabeth II of the United Kingdom. She also had three sisters: Theodora, Margravine of Baden; Cecilie, Hereditary Grand Duchess of Hesse and by Rhine; and Sophie, later Princess Georg of Hanover. 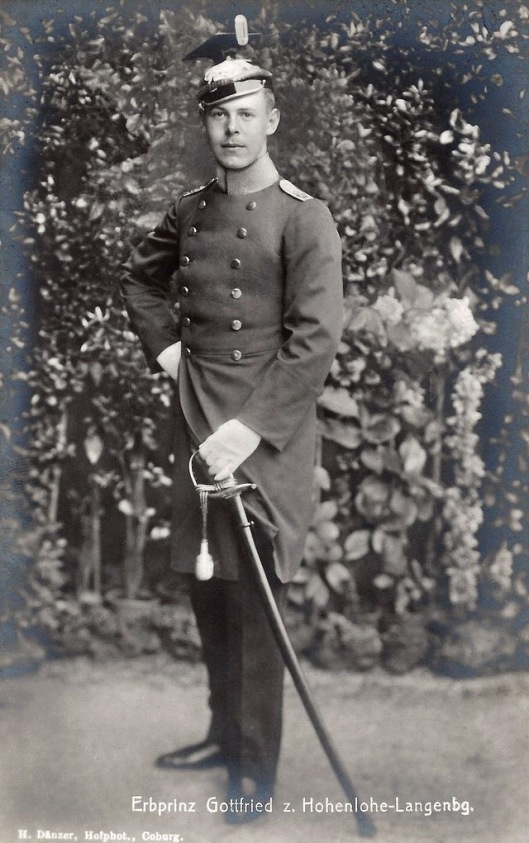 In descent from Queen Victoria, Prince Gottfried was a second cousin once removed of Princess Margarita and in descent from Emperor Nicholas I of Russia, they were third cousins.
Gottfried succeeded his father as reigning Prince of Hohenlohe-Langenburg on December 11, 1950.

Six children were born of their marriage, all of whom were styled as His/Her Serene Highness:

All of Princess Margarita of Hohenlohe-Langenburg’s children are first cousins to the Children of Prince Philip, Duke of Edinburgh, and Queen Elizabeth II of the United Kingdom: The Prince of Wales, The Princess Royal, The Duke of York and The Earl of Wessex.