Born Christian Frederik Carl Georg Valdemar Axel on 3 August 1872 at Charlottenlund Palace near Copenhagen, known as Prince Carl of Denmark (namesake of his maternal grandfather the King of Sweden-Norway) was the second son of (the future) King Frederik VIII of Denmark and his wife Louise of Sweden (She was the only surviving child of Carl XV of Sweden and his consort, Louise of the Netherlands). Carl was also a younger brother of Christian X, a paternal grandson of King Christian IX of Denmark, and a maternal grandson of King Carl XV of Sweden (who was also king of Norway as Carl IV). He was christened on 7 September 1872 at Charlottenlund Palace. 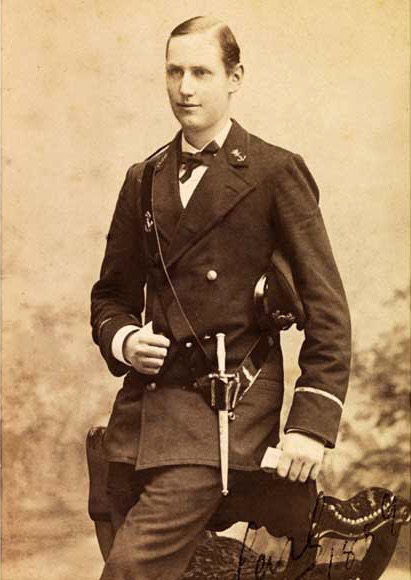 Prince Carl belonged to the Schleswig-Holstein-Sonderburg-Glücksburg branch of the House of Oldenburg. The House of Oldenburg had been the Danish royal family since 1448; between 1536–1814 it also ruled Norway when it was part of the Kingdom of Denmark-Norway. The house was originally from northern Germany, where the Glucksburg (Lyksborg) branch held their small fief. The family had permanent links with Norway beginning from the late Middle Ages.

Several of his paternal ancestors had been kings of independent Norway (Haakon V of Norway, Christian I of Norway, Frederik I, Christian III, Frederik II, Christian IV, as well as Frederik III of Norway who integrated Norway into the Oldenburg state with Denmark, Schleswig and Holstein, after which it was not independent until 1814). Christian Frederik, who was King of Norway briefly in 1814, the first king of the Norwegian 1814 constitution and struggle for independence, was his great-granduncle.

At Buckingham Palace on 22 July 1896, Prince Carl married his first cousin Princess Maud of Wales, youngest daughter of the future King Edward VII of the United Kingdom and his wife, Princess Alexandra of Denmark, eldest daughter of King Christian IX and Princess Louise. Their son, Prince Alexander, the future Crown Prince Olav (and eventually king Olav V of Norway), was born on July 2, 1903.

The tomboyish Maud was known as “Harry” to the royal family, after Edward VII’s friend Admiral Henry Keppel, whose conduct in the Crimean War was considered particularly courageous at the time. Maud married relatively late, waiting until her late twenties to find a husband. She had initially wanted to marry a distant cousin, Prince Francis of Teck, younger brother of her sister-in-law Mary of Teck, wife of the future King George V of the United Kingdom. Despite being relatively impoverished from mounting gambling debts and being in a position to possibly benefit from Maud’s status, Prince Francis ignored her advances. 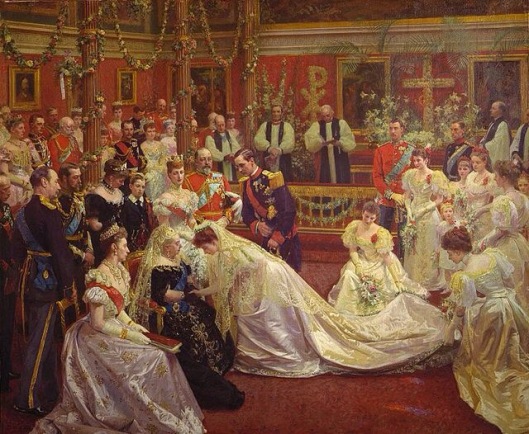 After the Union between Sweden and Norway was dissolved in 1905, a committee of the Norwegian government identified several princes of European royal houses as candidates to become Norway’s first king of its own since 1387. Gradually, Prince Carl became the leading candidate, largely because he was descended from independent Norwegian kings. He also had a son, providing an heir-apparent to the throne, and the fact that his wife, Princess Maud, was a member of the British Royal Family was viewed by many as an advantage to the newly independent Norwegian nation.

The democratically-minded Carl, aware that Norway was still debating whether to remain a kingdom or to switch instead to a republican system of government, was flattered by the Norwegian government’s overtures, but he made his acceptance of the offer conditional on the holding of a referendum to show whether monarchy was the choice of the Norwegian people.

After the referendum overwhelmingly confirmed by a 79 percent majority (259,563 votes for and 69,264 against) that Norwegians desired to retain a monarchy, Prince Carl was formally offered the throne of Norway by the Storting (parliament) and was elected on November 18, 1905. When Carl accepted the offer that same evening (after the approval of his grandfather Christian IX of Denmark), he immediately endeared himself to his adopted country by taking the Old Norse name of Haakon, a name which had not been used by kings of Norway for over 500 years. In so doing, he succeeded his maternal great-uncle, Oscar II of Sweden, who had abdicated the Norwegian throne in October following the agreement between Sweden and Norway on the terms of the separation of the union. 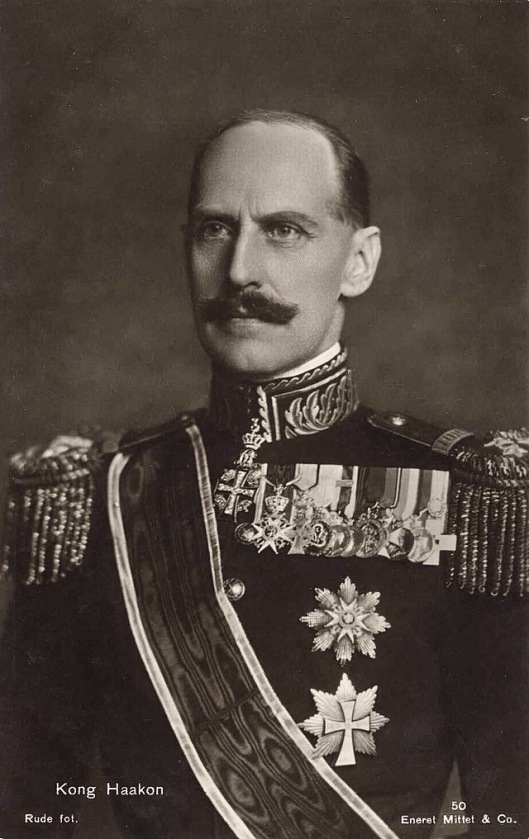 The new royal family of Norway left Denmark on the Danish royal yacht Dannebrog and sailed into Oslofjord. At Oscarsborg Fortress, they boarded the Norwegian naval ship Heimdal. After a three-day journey, they arrived in Kristiania (now Oslo) early on the morning of November 25, 1905. Two days later, Haakon took the oath as Norway’s first independent king in 518 years. The coronation of Haakon VII and Maud took place in Nidaros Cathedral in Trondheim on June 22, 1906.

He became King of Norway when his grandfather, Christian IX was still reigning in Denmark; and before his father and older brother became kings of Denmark. During his reign he saw his father, his elder brother Christian X, and his nephew Frederik IX ascend the throne of Denmark, in 1906, 1912, and 1947 respectively. Haakon died at the age of 85 in September 1957, after having reigned for nearly 52 years. He was succeeded by his only son, who ascended to the throne as Olav V.