Today will be Part I of examining the name Louis and it’s association with the British Royal Family. The name Louis has a long tradition within the French Monarchy and various German States in its long history of monarchy. 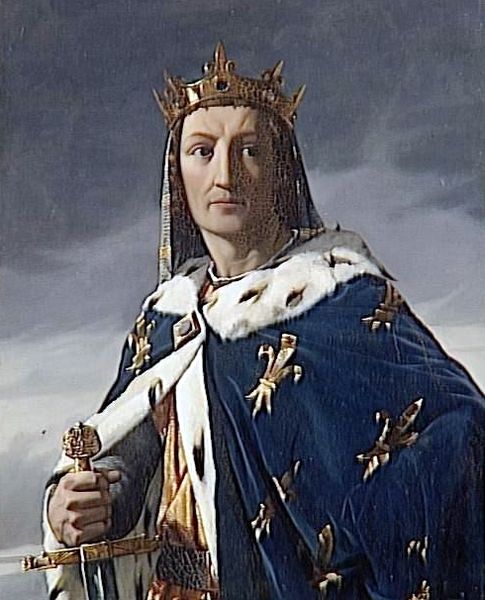 Throughout the reign of King John of England he has a tumultuous relationship with the English Barons. Things ignited in 1215 when King John marched against Alexander II of Scotland, who had allied himself with the rebel cause. In a swift turn of events John took back Alexander II’s possessions in northern England and in a rapid campaign and pushed up towards Edinburgh. This was all accomplished over a ten-day period.

The rebel barons responded to John’s actions by inviting the French prince Louis to lead them. Louis was the son of King Philippe II of France and Isabelle of Hainaut. Louis laid claim to the English throne by virtue of his marriage to Blanche of Castile. Blanche was the daughter of King Alfonso VIII of Castile and Eleanor of England, (Eleanor was the sixth child and second daughter of Henry II of England, and Eleanor of Aquitaine and the sister of King Richard I and King John of England) thus making Blanche of Castile a granddaughter of Henry II of England and nice of King Richard I and King John. In those days succession to the thrones of many European countries were often claimed by husbands in right of their wives who were technically in the line of succession but often did not have succession rights themselves. However, Louis was also the great-great-great grandson of William I “the Conqueror,” King of England via William’s daughter Adela of Normandy. 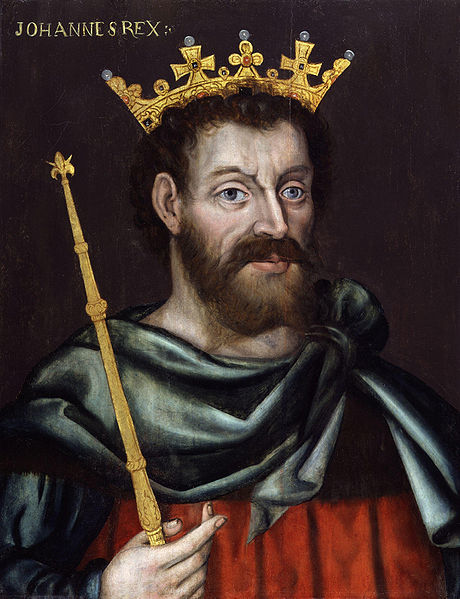 Prince Louis’ father, Philippe II of France, may have provided him with private support but refused to openly support Louis. The reason for the lack of public support was that Pope Innocent III excommunicated Louis for taking part in the war against John. Louis’ planned arrival in England presented a significant problem for John, as the prince would bring with him naval vessels and siege engines essential to the rebel cause. Once John contained Alexander II in Scotland, he marched south to deal with the challenge of the coming invasion.

Prince Louis intended to land in the south of England in May 1216, and John assembled a naval force to intercept him. Unfortunately for John, his fleet was dispersed by bad storms and Louis landed unopposed in Kent. John hesitated and decided not to attack Louis immediately, either due to the risks of open battle or over concerns about the loyalty of his own men. Louis and the rebel barons advanced west and John retreated, spending the summer reorganising his defences across the rest of the kingdom. John saw several of his military household desert to the rebels, including his half-brother, William Longespée. By the end of the summer the rebels had regained the south-east of England and parts of the north.

The barons offered the throne to Prince Louis, who landed unopposed on the Isle of Thanet in eastern Kent, England, at the head of an army on May 21, 1216. There was little resistance when the prince entered London, and Louis was proclaimed “King of England” at Old St Paul’s Cathedral with great pomp and celebration in the presence of all of London on June 2, 1216. Even though he was not crowned, many nobles, as well as King Alexander II of Scotland on behalf of his English possessions, gathered to give homage. By June 14, 1216, Louis captured Winchester and soon controlled over half of the English kingdom.

With full control of England within his grasp, suddenly it all slipped away from Louis. King John died on the night of 18/19 October. Numerous – probably fictitious – accounts circulated soon after his death that he had been killed by poisoned ale, poisoned plums or a “surfeit of peaches”. With King John suddenly and unexpected gone, so was the motivation for the revolt. The Barons swiftly deserted Louis in favour of John’s nine-year-old son, the new king, Henry III.

The Earl of Pembroke was now acting regent, called for the English “to defend our land” against the French. Louis’ army was beaten at the Battle of Lincoln on May 20, 1217 and his naval forces were defeated at the Battle of Sandwich in August of 1217. Then after a failed attempt to conquer Dover Castle, Louis was forced to make peace on English terms.

The principal provisions of the Treaty of Lambeth were an amnesty for English rebels, a pledge from Louis not to attack England again, and 10,000 marks to be given to Louis. In return for this payment, Louis agreed that he never had been the legitimate king of England. Despite his losses in England, his military prowess earned him the epithet “Louis the Lion.” On July 14, 1223 Philippe II of France died and Louis the Lion became King Louis VIII of France.

This does not end the association between the name Louis and the British monarchy. Join me later this week for Part II.

1 thought on “The name Louis and the British Monarchy”